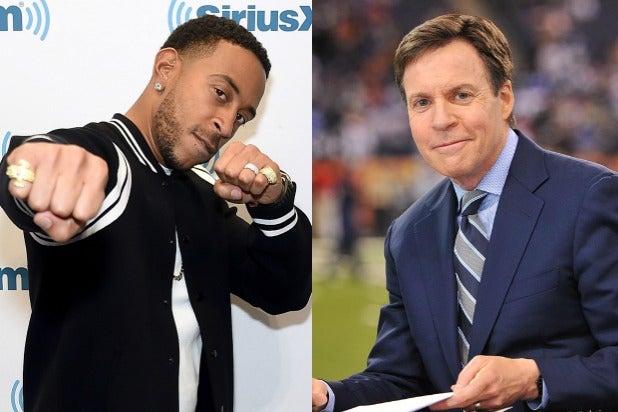 Bob Costas can now add rapping to his long list of achievements. And we use the term “rapping” loosely.

In an interview with DAZN’s “Change Up,” the MLB Network sportscaster said the moment he realized he had evolved from being “just a broadcaster” to a “an icon that’s being name-checked in pop culture” – as co-host Scott Rogowsky put it – had everything to do with his 15-year-old son and rapper Ludacris.

“I don’t know that I ever really let myself think of it that way,” Costas said sheepishly of the whole “icon” thing. But he went on to say that when his son Keith, who is now also with the MLB Network, was a teenager, he told his father that he was referenced in a Ludacris song.

“He comes out of his room and walking into the living room and he goes, ‘Dad, Ludacris name-checked you.'” Keith was, of course, referencing Ludacris’ song “Hip-Hop Quotables” from his “Chicken and Beer” album.

Costas joked that the first thing he said to his son was, “OK. Who is Ludacris?”

The multi-Emmy winner then rapped the lyrics to the song: “I be rollin’ torpedoes / get blunted with Rastas / and for a hefty fee / I’m on your record, like Bob Costas.”

“It was at that point, boys, that I realized I had actually crossed over into a different realm,” he told the “Change Up” hosts, who couldn’t help but laugh.

Check out the legend with your own ears in the video below.