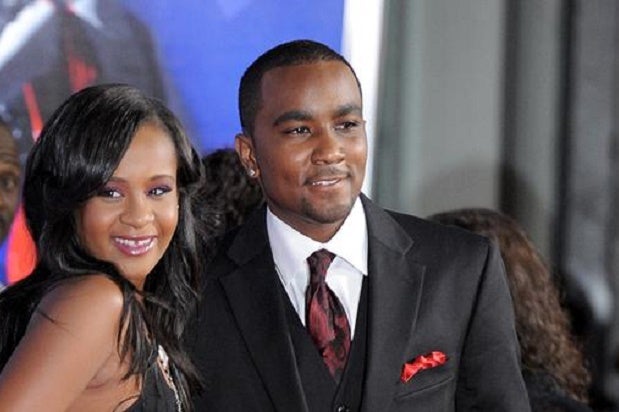 “ is under investigation for the attempted murder of my niece Bobbi Kristina Brown,” she wrote in a lengthy Facebook post Saturday. “We have strong evidence of foul play. Until this investigation is completed by law enforcement, I would ask that you or anyone else not provide this individual a platform to spin this situation to his benefit.”

Brown didn’t stop there. She also took aim at Dr. Phil for giving Gordon a forum by staging an intervention with him that will air on Wednesday’s episode of “The Dr. Phil Show.”

“If does not have the courage to speak with my brother and/or law enforcement about what happened the day my niece’s body was found in a bathtub, he does not deserve to have a platform to speak to anyone of your caliber until this investigation is concluded,” Brown continued.

Gordon found Bobbi Kristina, who is the daughter of Bobby Brown and late singer Whitney Houston, face-down and unresponsive in her bathtub on Jan. 31.

She was rushed to the hospital and has been in a medically induced coma for several weeks.

Last month doctors tried to wean her off the drugs that were keeping her in the coma. But she reportedly began to suffer seizures and her medical team decided to keep her in the coma. Doctors also performed a tracheotomy on Brown in order to clear another path for her breathing tube.

Gordon has been banned from Bobbi Kristina’s bedside at Atlanta’s Emory University hospital, his attorneys have previously confirmed.

In a television interview on Feb. 10, Leolah Brown said, “I believe Nick Gordon will be charged with this.”

Gordon, who frequently uses his Twitter account to vent frustrations over the Brown and Houston families isolating him from his partner, continues to speak out on social media.

“Let me in the hospital to see my girl and let her hear my voice and SHE WILL WAKE UP!!!,” Gordon tweeted on Feb. 21.

As Bobbi Kristina turned 22 years old on Mar. 4, Gordon used Twitter once again to send her a birthday message while also venting.

“Happy Birthday baby I wish I was there with you to hold you and be by your side,” he tweeted.

Police in Roswell, Georgia, where the incident happened, have previously confirmed that they launched a criminal investigation into the case. But they have not said if Gordon is a suspect.

Watch a preview of Gordon’s interview with Dr. Phil.