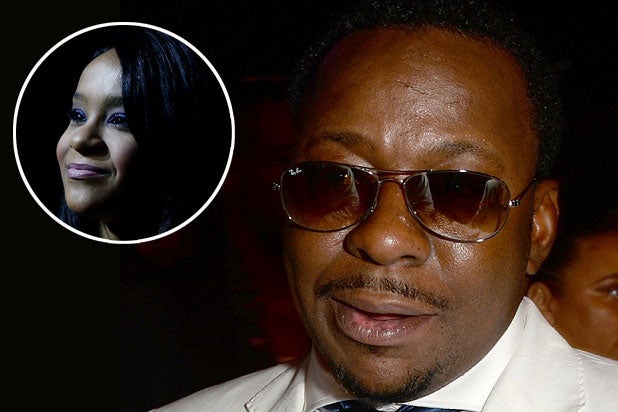 Bobby Brown — who shocked the public last weekend when he announced that his daughter, Bobbi Kristina Brown, was “awake” despite spending most of the past three months in a medically-induced coma — is “clearly in denial” about his daughter’s condition, a psychiatry expert told TheWrap.

“At this point, he’s clearly in denial about what’s going on,” Lawrence Genen MD MBA, a psychiatrist and diplomate of the American Board of Psychiatry and Neurology, said. “Obviously she is still alive there, but to what degree is she really [alive]? And the longer you remain ambiguous, it really does delay the natural grieving process.”

The elder Brown surprised concertgoers during a show in Texas on Saturday night when he said that his 22-year-old daughter was “awake,” adding, “She’s watching me.”

Brown’s comments were quickly contradicted by several reports citing family sources claiming that Bobbi Kristina’s condition hadn’t changed. Her grandmother, Cissy Houston, came forward to state that, while her granddaughter was no longer in a medically-induced coma, according to the doctors “she has ‘global and irreversible brain damage’ and remains unresponsive.”

Bobbi Kristina Brown, the daughter of Bobby Brown and deceased singer Whitney Houston, was found face-down and unresponsive in the bathtub of her Georgia residence on Jan. 31. Late last month, she was reportedly transferred from Emory University Hospital to a medical rehabilitation facility.

Genen noted that it’s “incredibly ” for family members to delude themselves into false hope when a loved one is all but gone. When someone is “looking for any sign that the person you knew and loved and cared for is still in there,” a patient being moved around by staff, for example, could make it seem to an overly hopeful relative that her head or eyes have moved on their own.

“It’s easy to conflate the desire and that hope to see some sign of the person you once knew and confuse a movement or a reflex effect [with a sign] that the person is in there,” Genen noted. “Their body may be there, but their mind is really gone.”

There are circumstances unique to Brown’s relationship with his daughter that might make it especially difficult to face reality, Genen noted. The fact that Brown was largely absent from his daughter’s life as he struggled with substance abuse issues, for instance, could have an effect.

“I think any parent ultimately wants to protect their child,” Genen said. “If you are experiencing guilt, maybe having been an absentee father, combined with the inherent desire to protect your child, I think that’s probably going to make it that much more difficult to let go and accept that your child may actually be effectively gone.”

The fact that his daughter’s tragedy occurred just short of three years after Houston’s death, and that the two situations bear eerie similarities — Houston, too, was found in a bathtub — might also complicate matters.

“I think any time someone’s experienced a recent loss, someone who they’re close to … I think that grief is absolutely going to compound the grief that you would experience associated with another loss in such close proximity,” Genen offered. “Particularly under such unnatural circumstances.”

Genen’s advice for Brown and others in his situation?

“I would really, really want to encourage people to remember the person for who they were, because who they look like right now, it’s a world apart from who they remember their loved ones being. and I would really encourage them to consider: what would they want for themselves if they were in the situation?” Genen suggested. “Would they really want every possible measure made to save their life if ultimately they would be left essentially a vegetable, unable to live the same quality of life that they enjoyed?”

It’s also likely that Bobbi Kristina’s wishes in such a situation are unknown — being 21 at the time that she was found unresponsive, it’s doubtful that she would have had the foresight to craft a living will. Genen noted that family members struggling with the fate of a loved one in these situations are put at a distinct disadvantage in coping with the impending loss.

That lack of information, Genen said, “compounds the situation, because not only are you grappling with the loss of your loved one, but now you’re trying to figure out what they would want for themselves.” When that’s the case, Genen noted, “what often happens is that intense hope, the denial and the desire for your loved ones to just be OK is often going to override what you think that person may have wanted.”

Also Read: Bobbi Kristina Brown's Boyfriend Is 'Out of Control,' Says His 'Stepdad'

The case of Bobbi Kristina, Genen said, is “a reminder of how important it is for people to have a discussion … that way your family members’ grief is not complicated by this uncertainty about knowing what you would have wanted done.”