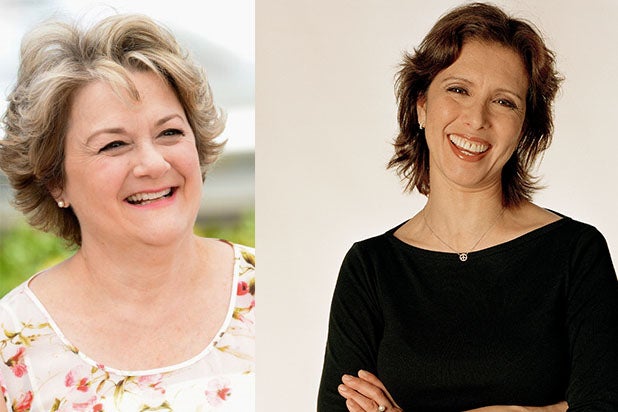 Arnold and Soria, the lead producers behind the studio’s “How to Train Your Dragon” and “Madagascar” franchises respectively, will oversee creative development and production for DWA’s theatrical releases.

“Mireille and Bonnie are two of the most accomplished and prolific filmmakers working in feature animation today,” said DreamWorks Animation Chief Executive Jeffrey Katzenberg. “I am confident in their ability to marshal the extensive creative resources available at our studio and lead DreamWorks’s vast ranks of artists and filmmakers as they produce the highest quality entertainment.”

Arnold is a twelve-year veteran at DWA with 31 years of filmmaking experience. She currently oversees the studio’s “How to Train Your Dragon” film franchise, the first two installments of which have grossed more than $1.1 billion at the worldwide box office.

Soria also has 31 years of production leadership experience, including 15 at DWA. She oversaw the successful “Madagascar” franchise, including three films that collectively have grossed nearly $1.9 billion globally.

The new executives said they were ready to roll.

“Great storytelling is the heart of DreamWorks Animation, and we are honored and excited to help shape the movies that will entertain audiences around the world,” said Arnold and Soria in a joint statement. “DreamWorks has long been our home, and we can’t wait to begin working with all of the studio’s outstanding filmmakers and artists!”

Also Read: Why Hasbro Wants to Merge With DreamWorks Animation

The two are replacing Bill Damaschke, who is stepping down as chief creative officer. They arrive on the scene with the studio coming off a tough 2014 and at a critical juncture. Last year, “How to Train Your Dragon 2″ hit $618 million at the worldwide box office, while “Mr. Peabody and Sherman” forced a $57 million earnings write down and “Penguins of Madagascar” hasn’t met expectations. DWA’s films are distributed by Fox.

“Kung Fu Panda 3” had been set for December 2015, but was recently shifted to March 18, 2016, to avoid going up against “Star Wars: The Force Awakens.” The first two “Panda” films were major moneymakers, taking in $1.2 billion at the global box office.

The studio recently has drawn interest from suitors including toymaker Hasbro and Japan’s Softbank for a sale or merger, but nothing has materialized.