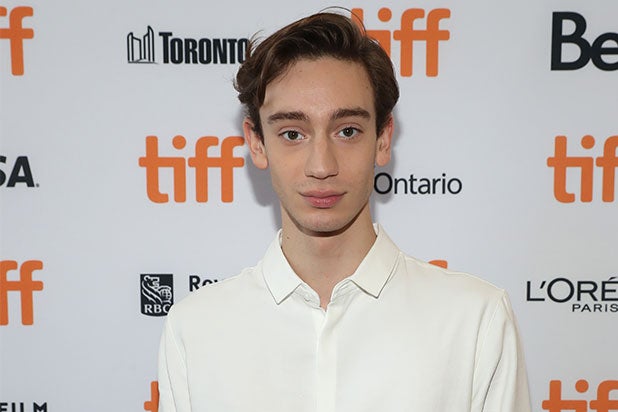 Theodore Pellerin has been cast in Netflix’s “The OA,” TheWrap has learned exclusively.

Pellerin will star as a character named Liam, an 18-year-old who has persisting hallucinations, in three episodes in the upcoming season.

“The OA” is an American mystery drama which debuted in December and stars Brit Marling, Emory Cohen, Scott Wilson, Phyllis Smith and Alice Krige. It follows a young woman named Prairie, who was missing for seven years, but now calls herself “The OA” — plus, she can now see, even though she was blind before her disappearance.

Also Read: Brit Marling Says She Felt 'Terror' When Harvey Weinstein Asked Her to Shower With Him

Pellerin will star in “First Light,” which also features Stefani Scott, and will premiere at SXSW in the Narrative Spotlight Section.

Pellerin was recently named one of the Rising Stars to Watch at the Toronto International Film Festival and will next be seen in Joel Edgerton’s “Boy Erased” opposite Lucas Hedges, Nicole Kidman and Russell Crowe. He also recently won a Gémeaux Award for Best Supporting Youth Actor for his role on “MED.”

He can also be seen in Xavier Dolan’s feature, “It’s Only Th End of the World,” which stars Marion Cotillard, Lea Seydoux and Vincent Cassel. Prior that that, Pellerin starred in “The Demons” and “Endorphine.”