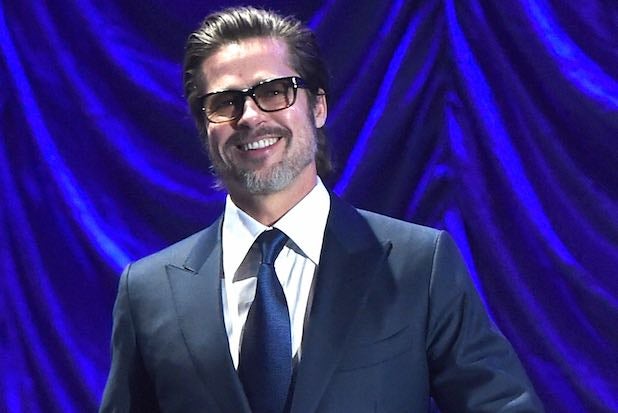 Pitt and Cotillard will play assassins who fall in love during a mission to kill a German official. They soon marry, but their romance is cut short when Pitt learns a devastating secret about his wife that prompts him to turn on her.

The film is based on an original story by Steven Knight and will be produced by Graham King, Zemeckis and Steve Starkey (“Flight”). Knight will executive produce with Jack Rapke (“Flight”), Patrick McCormick (“Black Mass”) and Denis O’Sullivan (“The 5th Wave”). King developed the project before setting it up at Paramount.

Also Read: Angelina Jolie, Brad Pitt Rough Each Other Up in New 'By the Sea' Trailer

Zemeckis’ credits at Paramount include the 1994 blockbuster “Forrest Gump,” for which he won an Oscar for Best Director. The groundbreaking film grossed $677 million worldwide and won six Academy Awards including Best Picture and Best Actor for star Tom Hanks.

In 2012, the studio and Zemeckis partnered on the acclaimed thriller “Flight,” which starred Denzel Washington and received two Academy Award nominations. Zemeckis most recently directed “The Walk” starring Joseph Gordon-Levitt.

King and Knight are also partnered on the action-thriller “The Red Circle,” a remake of the classic French film that will be reset in Hong Kong. Knight wrote the script and King is producing under GK Films.

New Regency was mentioned as part of the initial announcement, but the company was not included in Paramount’s press release.