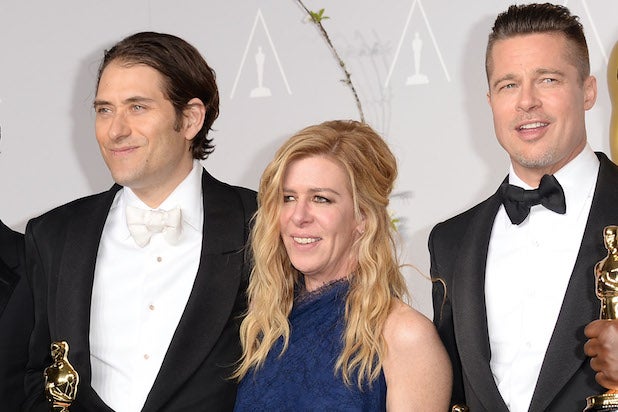 Anonymous is watching, and Brad Pitt hopes you will too.

The actor and his Plan B partners Dede Gardner and Jeremy Kleiner are set to produce an adaptation of David Kushner’s Rolling Stone article “Anonymous vs. Steubenville” that will be co-financed by New Regency and Brett Ratner and James Packer‘s RatPac Entertainment.

The article follows Deric Lostutter, an Anonymous hacker involved in exposing a cover-up of the rape of a 16-year-old girl by two high school football players in Steubenville, Ohio.

Lostutter’s home was raided by the FBI after he released a video made by the football players that showed them with the rape victim. He is currently facing federal charges that could land him more than a decade in prison, while the rapists were sentenced to only one year.

Also read: What the Media Says About Coverage of the Steubenville Rape Case

The film is expected to explore the injustices of the American justice system.

Coming off an Oscar win for “12 Years a Slave,” the Plan B trio are currently seeking a screenwriter to adapt the Rolling Stone article, which was published in November 2013.

The news was first reported by The Tracking Board.