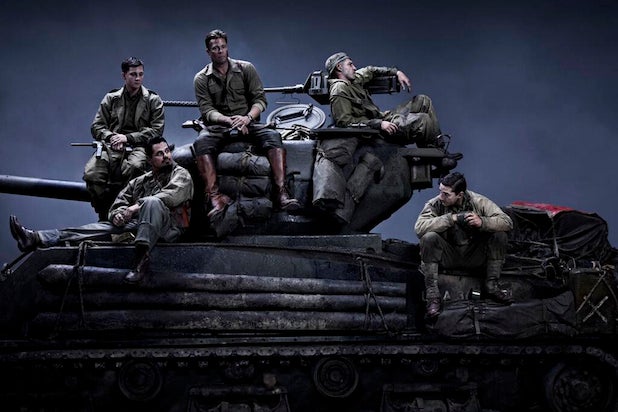 Director David Ayer has unveiled the first image from his upcoming World War II drama, “Fury,” which Sony is releasing to theaters Nov. 14, 2014.

The picture features Brad Pitt  Shia LaBeouf, Logan Lerman, Michael Peña and “Walking Dead” alum Jon Bernthal hanging out on the Sherman tank, which inspired the name of the film.

“Fury” stars Pitt as a battle-hardened army sergeant named Wardaddy who leads a five-man crew on a deadly mission behind enemy lines at the tail end of the war in April of 1945. Outnumbered and outgunned, Wardaddy and his men face overwhelming odds in their heroic attempts to strike at the heart of Nazi Germany.