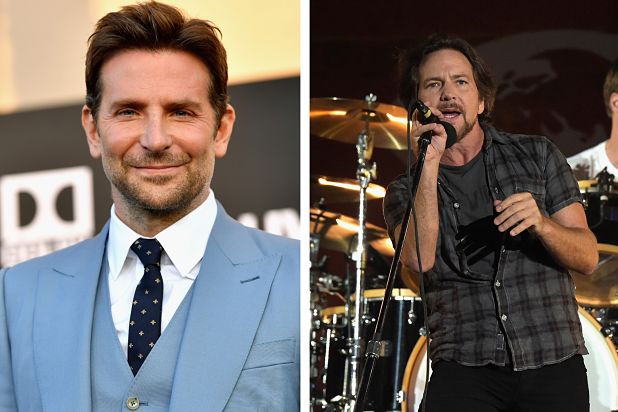 Late 2016 in Seattle, Bradley Cooper and Eddie Vedder took in a football game together. On the surface, it seemed like a simple case of two super famous people hanging out enjoying some late-season action on the field. However, it appears like something else could have been in the works as well.

Cooper confirmed at the premiere of “A Star Is Born” in Los Angeles on Monday that he channeled elements of the Pearl Jam singer’s mannerisms into his portrayal of Jackson Maine.

Apparently, the sleuths on Reddit and elsewhere were correct.

“I went up to Seattle and spent four or five days with him and I asked him 9,000 questions,” Cooper told Yahoo Entertainment. “And he gave me minor, little things that only musicians know about what to do, just aesthetically and the inner workings.”

Vedder, apparently, was nonplussed by the whole movie thing, despite having made a number of cameos himself.

If you’ve seen the movie — or at minimum, the trailer — you can pick up on the ways Cooper’s singing style, low voice and style pay tribute to Vedder.

Cooper follows Kris Kristofferson, Frederic March and James Mason in playing the lead role in “A Star Is Born.” This is the fourth version of the film, which has currently has a Rotten Tomatoes score of 95 percent.