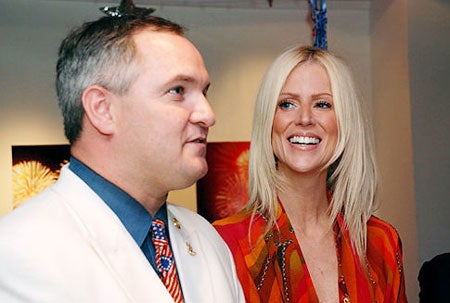 There’s a rumor making the rounds in Washington that Bravo’s “Real Housewives of D.C.” – which got a disproportionate amount of buzz last fall when heatseeking reality show hopefuls Tareq and Michaele Salahi crashed the White House State Dinner – is on thin ice.

The show’s omission during the NBC Universal channel’s Upfront on Wednesday — with "Real Housewives of Beverly Hills" announced instead — only served to fuel the fire. (One conspiracy theory being floated on Twitter and elsewhere: NBCU fears that a show featuring the Salahis would be an affront to Congressional lawmakers currently reviewing the company’s blockbuster merger with Comcast – and could only harm the delicate dance that is gaining antitrust approval on Capitol Hill.)