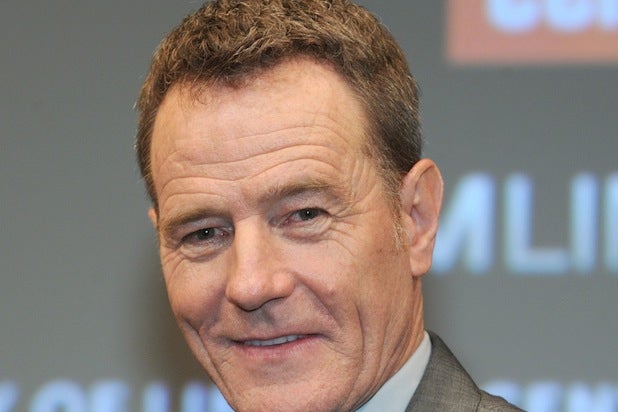 “Breaking Bad” may be coming to an end but Bryan Cranston‘s movie career is just heating up, as he’s set to play blacklisted screenwriter Dalton Trumbo in Jay Roach‘s drama “Trumbo,” an individual familiar with the project has told TheWrap.

John McNamara wrote the script, which is based on the book by Bruce Cook.

Michael London will produce under his Groundswell Productions banner along with Janice Williams, Kevin Brown and McNamara. Kelly Mullen will executive produce the movie, which is scheduled to start production next year.

Groundswell is currently working with WME Global’s Graham Taylor to raise the financing.

Trumbo was Hollywood’s top screenwriter when he was sent to prison for standing up to Congress, which was hunting down suspected communists. He was subsequently blacklisted by studios, which took a toll on his personal life as far as his relationships with friends and family were concerned. Trumbo (“Roman Holiday”) ended up clearing his name and winning two Oscars under aliases.

Cranston, who is currently starring on stage in “All the Way” at the American Repertory Theater in Cambridge, Mass., is repped by UTA.