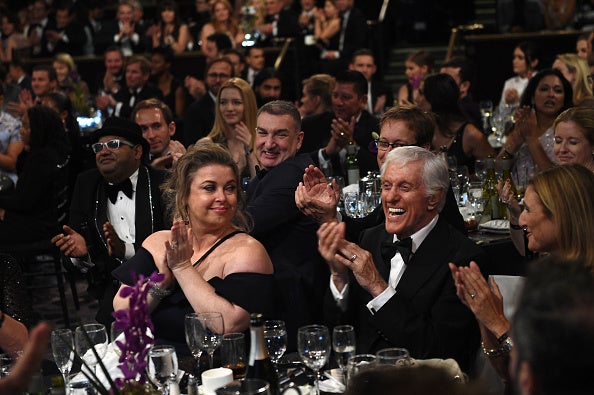 Britbox, the streaming service with a focus on British content, will livestream the annual British Academy Britannia Awards exclusively to U.S. and Canada audiences, as part of a new multi-year partnership with BAFTA Los Angeles.

The Award show, which is BAFTA’s biggest event outside of the U.K., will take place on Friday, Oct. 26, 2018 at the Beverly Hilton Hotel and will be presented by American Airlines and Jaguar Land Rover.

“BAFTA tirelessly supports British entertainment and the wider creative community, and BritBox is now a major destination for lovers of British Television around the world. So an alliance not only seemed natural – but inevitable,” said Soumya Sriraman, president of BritBox. “This is just the beginning of our multi-year partnership with BAFTA. We will be announcing special events, screenings, and in-service activations in the coming months – offerings that continue to set BritBox apart from other VOD services.”

Britbox’s coverage of the Britannia Awards adds to its increased push into livestream coverage. So far, the streaming video-on-demand (SVOD) service has hosted live coverage of six events, including “The Royal Wedding: Prince Harry and Meghan’s Big Day,” and “The Lord’s Mayor Show,” one of the best-known annual events in London as well as one of the longest-established, dating back to the 16th century.

Launched in the U.S. in March 2017, Britbox, which is the product of a joint partnership between BBC Worldwide and U.K. broadcaster ITV, has accumulated over 400,000 subscribers. The company serves a subscriber base that is a majority of women with a third of its members being 55 or older. Since launching, Britbox claims to have added more than 50 hours of content to the service every week, doubling the number of available hours since launch, exceeding 4,600 hours of British programming.

In addition to its growing offering of livestream coverage, the brand, which took its first dive into original programming at the start of the year with “The Bletchley Circle: San Francisco,” recently committed to a 50 percent increase in original and acquired programming investment for 2018.

BritBox is available in the U.S. for $6.99 per month after a seven-day free introductory trial on Roku, Apple TV, all iOS and Android devices.