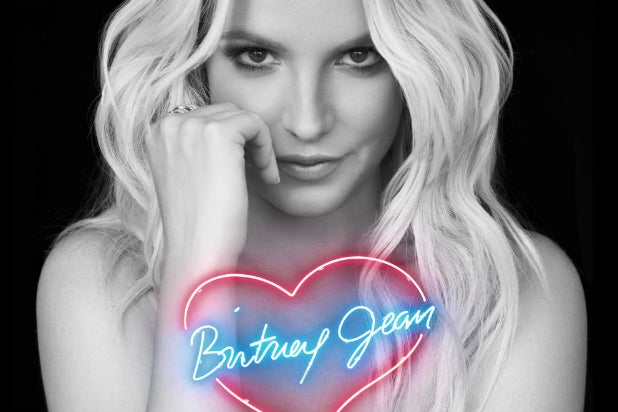 “Britney Jean” is no “Billie Jean.”

Britney Spears‘ new studio album — her eighth — debuted at No. 4 on the Billboard 200 chart Wednesday, selling 107,000 copies. That’s even lower than industry analysts predicted. Those numbers were hovering around 120,000, according to Billboard.

Spears has not been doing much promotion — and hasn’t performed live on TV yet — which may have drummed up anticipation of her newest offering. Instead, the “Work Bitch” songstress is preparing for her upcoming concert residency at Planet Hollywood in Las Vegas. The show begins Dec. 27 and is selling tickets for 36 performances currently, through Aug. 2014. Spears is contracted to perform 50 shows each in 2014 and 2015.

Topping the chart this week is Garth Brooks’ box set, “Blame it All on My Roots: Five Decades of Influences” — his ninth No. 1 album. With 146,000 units shipped — all exclusively sold through Walmart — Brooks is now tied with The Rolling Stones and Barbra Streisand for fifth most No. 1 albums all-time.

“Duck the Halls: A Robertson Family Christmas” rounded out the top 5 with 105,000 albums sold.