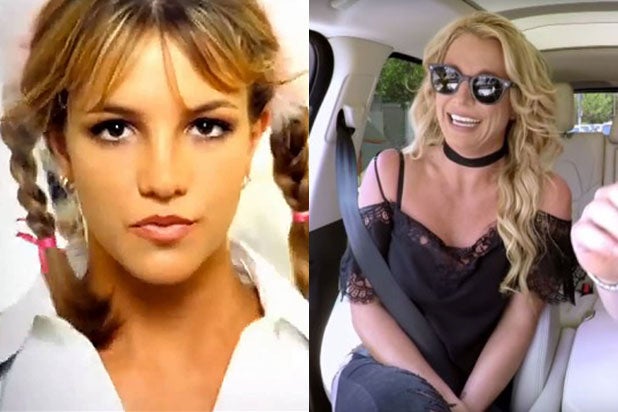 It's Britney, bitch. Britney Spears' ninth album, "Glory," drops today, and the singer will celebrate with a performance at Sunday's MTV VMAs. Here's a look at how she got here. 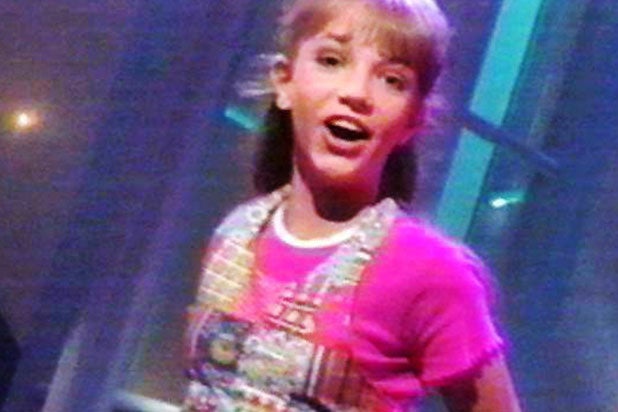 YouTube
Britney Jean Spears was born Dec. 2, 1981 in Mississippi. After getting her first professional role in the Off-Broadway musical "Ruthless!" she was cast as a member of the Mickey Mouse club alongside Justin Timberlake, Christina Aguilera and Ryan Gosling in 1992. 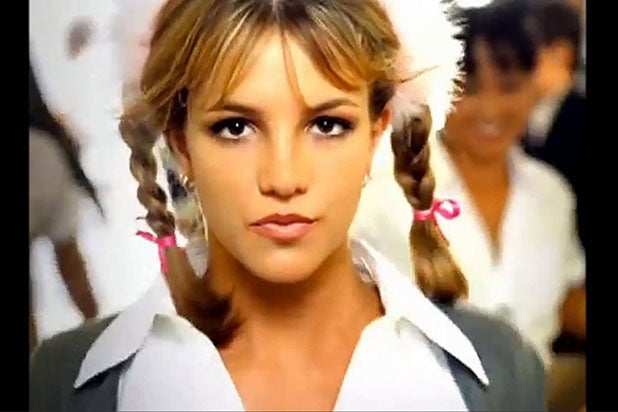 Jive Records
1998: Spears recorded her first album and opened for Timberlake's group, NSYNC. "Baby One More Time" was released in 1999 and debuted at number one on the Billboard 200. The album became the biggest seller ever by a teenage artist.

Getty Images
1999-2002: Spears dated Timberlake, who later told Vanity Fair:  "I just don’t think we were normal; there was nothing normal about our existence." Especially their matching denim outfits.

YouTube
May 2000: Spears' second studio album, "Oops!... I Did It Again" was released. It debuted at number one in the U.S., selling 1.3 million copies, breaking a record for the highest debut sales by any solo artist. The same year, she went on her first tour and wrote a book, and had her first MTV VMA performance -- the first of many provocative performances.

MTV
2001: Her third studio album, titled "Britney" debuted at number one. The album's first single was "I'm a Slave 4 U." Her famous 2001 VMA performance featured a caged tiger and a python draped over her shoulders.

MTV
2003: Christina Aguilera and Britney Spears performed "Like a Virgin" at the VMAs. Halfway through the performance, Madonna appeared and kissed them both.

Vevo
November 2003: Spears released her fourth studio album, "In the Zone." The album featured "Me Against the Music" with Madonna, "Toxic" and "Outrageous."

YouTube
February 2006: Pictures surfaced of Spears driving with her son on her lap, instead of in a car seat. She and Federline divorced in 2007.

YouTube
January 2007: Spears' aunt died from ovarian cancer, and the singer visited a drug rehab center for less than a day the following month. That's when she shaved her head in Tarzana, then admitted herself to other treatment facilities.

YouTube
December 2008: She released her sixth album, "Circus," and set a Guinness World record as the youngest female artist to have five albums debut at number one.

Getty Images
May 2012: Spears becomes a judge for the second season of the U.S. version of "X Factor." Her reported $15 million salary would make her the highest-paid judge on a singing competition show in TV history.

Getty Images
September 2013: Spears announced her two-year residency at the Planet Hollywood in Las Vegas, titled "Britney: Piece of Me." The show has been extended to 2017.

RCA Records
2016... so far: On July 14, Spears released her single "Make Me..." from "Glory." On August 16, she announced she would perform at the Video Music Awards. It will be her first performance since 2007, when she performed "Gimme More."