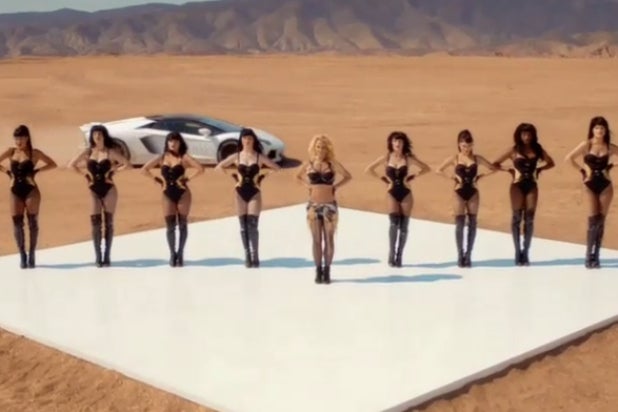 Britney Spears went to work … bitch — and it shows.

The pop star released a brief snippet of the new video for her single “Work Bitch” via Instagram Thursday night.

In the song lyrics, Spears lectures on how to get the finer things in life, such as a hot body, a Bugatti, a Maserati and a Lamborghini (in case the Bugatti is in the shop and the Maserati is low on gas, we suppose). Spoiler alert: You gotta work, bitch.

The 15-second teaser itself is a quick trip through a few scenes — about half of which take place in the desert — with Spears flanked by other ladies who likely hold down 9-to-5’s.

Coincidentally — or perhaps not — the singer recently announced her new job: taking up a two-year performing residence at Planet Hollywood in Las Vegas.