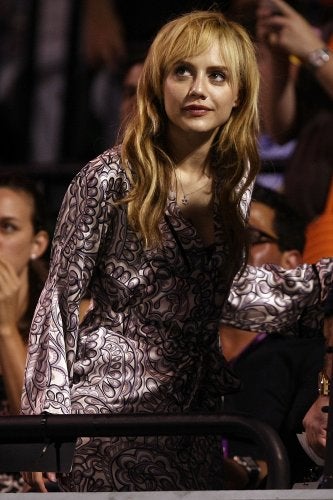 Readers of Gerald Posner’s January Daily Beast interview with the late Brittany Murphy’s husband, Simon Monjack, were treated to a gallery of Murphy portraits taken by Monjack. The photos came with Internet links to Web sites for Monjack’s photography business and to the Brittany Murphy Foundation.

The latter is self-described as an organization “dedicated to arts education for children.” Nothing on the site, however, spells out what, precisely, the new foundation plans to do, nor lists a contact phone number.

A short statement says the BMF was created “to encourage and support arts programs to enrich the lives of children.” A letter from Brittany’s mother, Sharon Murphy, talks about herself as a cancer survivor and says the two “always wanted to further contribute to cancer research to help others.” Nowhere, however, is there a definitive statement announcing that cancer-research is something the BMF will fund, or whether the new organization has obtained non-profit status.

The BMF site’s calendar lists no foundation events for February, yet, apparently, it is holding a big fundraiser Thursday in Beverly Hills at the Saban Theater. US Magazine online claims the event is a launch party for which attendees are requested to pony up $1,000 per head and $10,000 for corporate sponsorships.

Brittany Murphy, 32, died December 20 of causes that have yet to be determined. Ed Winter, a spokesman for the coroner’s department, told TheWrap that the department’s final report will probably be issued next week or the week after.

Monjack told Posner he was about to sue Warner Bros for the wrongful death of his wife, claiming that stress generated by the studio’s dropping Murphy from a film project killed her. So far no civil suits bearing his name as plaintiff are on record with Los Angeles County.

A January Associated Press story reported that Monjack is also considering suing the coroner’s office for a departmental news leak to TMZ, as well as unnamed British tabloids for printing false stories about his wife’s alleged drug and eating issues.