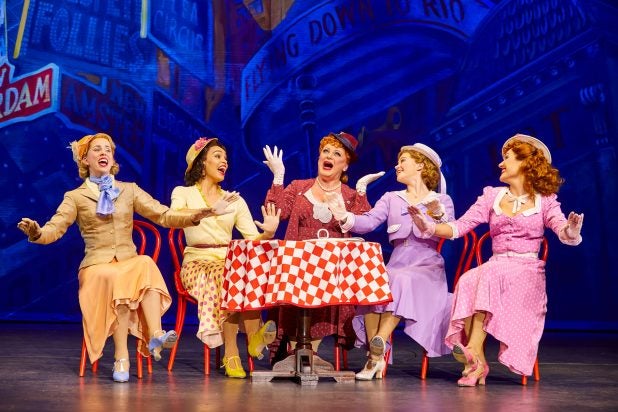 A recent London production of “42nd Street,” the 1980s Broadway musical with a book by Michael Stewart and Mark Bramble, has found an exclusive home on BroadwayHD, the live theater-focused streaming service founded by Tony award-winning producers Stewart Lane and Bonnie Comley.

Produced and filmed by BroadwayHD in collaboration with the late theater producing and directing visionary Mark Bramble and Ross MacGibbon, “42nd Street” tells the story of Peggy Sawyer, a talented young performer who gets her big break on Broadway after the lead actress of the show she is performing in is injured.

Bramble, who co-wrote the book for the original Broadway production, helped direct and edit the BroadwayHD production of “42nd Street” for TV, which marks one of his last theater projects before passing away in February.

BroadwayHD filmed the production in 4K and utilized eight cameras at three performances to capture the production at The Theatre Royal on Catherine Street in the West End area of London.

“’42nd Street’ was a groundbreaking production that made Broadway accessible and appealing to the masses, making it especially fitting for capture by BroadwayHD, where our mission is to make live theater accessible and affordable to fans across the globe,” said BroadwayHD co-founder Stewart Lane. “With close detail paid to every element of this iconic show in filming and editing, viewers will feel that they are sitting in the hottest seat in the house.”

“42nd Street” marks the third stage production that BroadwayHD has presented in movie theaters with Fathom Events, the first two being “She Loves Me” and “Holiday Inn.”