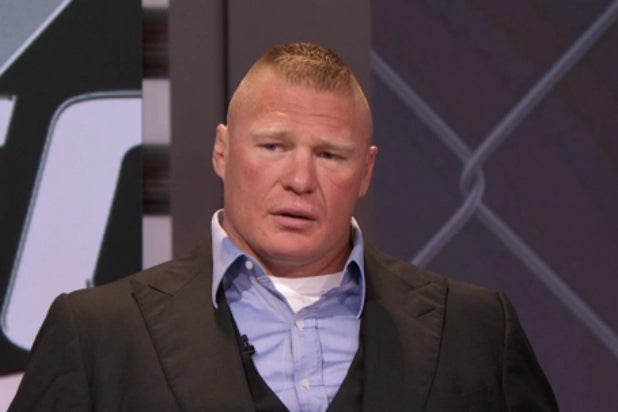 “The Beast” Brock Lesnar will return to the UFC to fight Mark Hunt, the part-time WWE Superstar unveiled this morning on ESPN’s “SportsCenter.”

The crop-topped Brock is the far-bigger athlete, boasting a championship background in amateur (and yes, professional) wrestling. Former pro kickboxer Hunt is the stronger striker, but he’ll have to get inside the long Lesnar — and also stay on his feet.

“If Mark Hunt ends up on the ground, fights over,” Lesnar told ESPN’s Hannah Storm.

UFC 200 will mark Lesnar’s first mixed martial arts fight since UFC 141 in December 2011. He officially retired from the sport in March 2015, a decision Lesnar, 39, said today that he was never comfortable with.

UFC 200 is set for July 9. Watch the video announcement above.