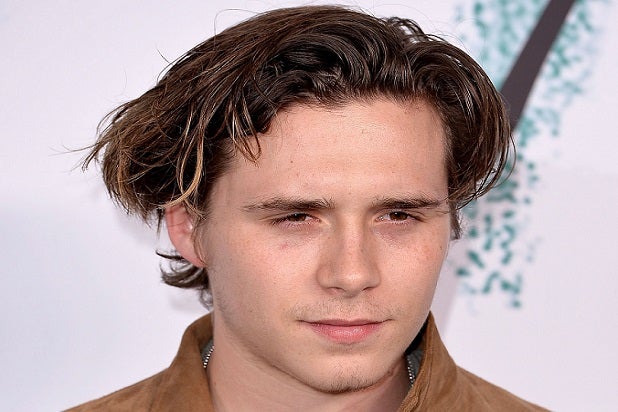 Uh-oh; looks like Brooklyn Beckham has found himself under the gun.

The 18-year-old son of soccer star David Backham and former Spice Girl Victoria Beckham is catching heat after posing with a gun in a series of photos posted to his Instagram account on Wednesday.

In some of the offending photos, Beckham is captured pointing the gun directly at the camera.

A number of commenters called him out for the heat-packing photos in the post.

“a gun???” one puzzled commenter wrote.

“Not cool,” wrote another.

“Not sure I wanna see pics glamorizing guns @brooklynbeckham,” wrote another unhappy fan, who nonetheless added, “the pics without the gun are fab though.”

“I’d love to throw brooklyn beckham into a tree grinder,” another Twitter user weighed in, those it’s unclear if that was in response to the gun photos or just a general sentiment.

I’d love to throw brooklyn beckham into a tree grinder