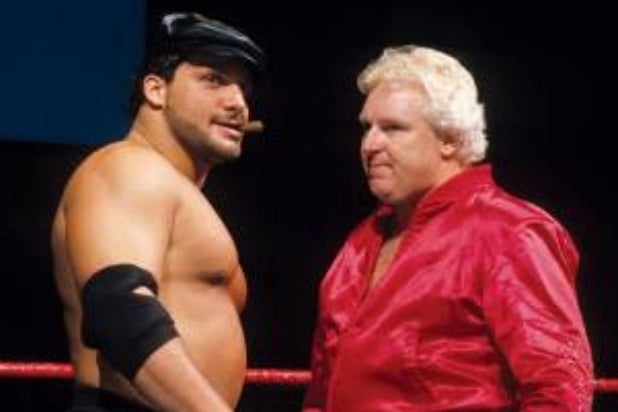 Steve Lombardi, the Brooklyn Brawler, has been let go by the WWE after more than 30 years with the company.

The popular ’80s and ’90s jobber didn’t really wrestle anymore, but instead oversaw and produced promos for other talent. In-ring, while mostly known for his role as the Brawler, Lombardi also performed as one of several Doink The Clowns, as Kamala’s handler Kim Chee, and as both MVP and Abe “Knuckleball” Schwartz.

After serving many years as a perennial loser, helping to put other talent “over,” Lombardi was given a surprise New York City title shot against Shawn Michaels. He lost, but the fans loved the tip-of-the-cap to their local cult favorite.

PWInsider first reported the news. It was later confirmed on Twitter by the wife of Bobby “The Brain” Heenan (pictured above, right), the man who once managed Lombardi (left).

Steve Lombardi (@brawlerreal) has been released by @WWE he was managed by Bobby. pic.twitter.com/8q2CkQvxZU

Lombardi began his career wrestling under his real name.