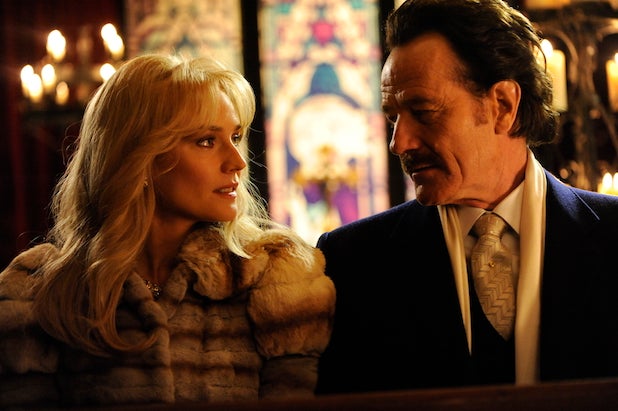 BGP announced the deal on Thursday after negotiating the terms at Cannes, and said it plans to add the film to its growing 2016 slate.

“The Infiltrator” is produced by Good Films’ Miriam Segal, with Bank Leumi, Good Films and LipSync co-financing the project.

Based on the true story of a fearless operative, “The Infiltrator” chronicles one of history’s largest and most elaborate stings. Set amidst the lavish excess of the 1980s, the story follows Mazur (Cranston), aka Robert Musella, who traded on mob connections to become the confidant to scores of the international underworld and the bankers who enabled them. Putting his life on the line, he infiltrated the globe’s largest cartels and discovered just how deep into society their influence extended. The operation reeled in key players in a chain stretching all the way to Pablo Escobar. Their arrests would lead to the collapse of the Bank of Credit and Commerce International, and shake the underground economy to its core.

“I’m thrilled to be partnering with Broad Green Pictures. This project was truly a labor of love for all involved, and I can’t wait for Broad Green, whose passion for film is unparalleled, to bring ‘The Infiltrator’ to a wide audience,” said director Brad Furman.

Also Read: Jay Roach Pivoting Back to Politics With HBO's LBJ Biopic 'All the Way'

“Brad Furman is a major talent who has brought an exciting and intense piece of U.S history to screen. We are eager to work with the filmmakers and cast to make sure their vision is realized for the release of this film,” BGP’s Gabriel Hammond and Daniel Hammond said in a joint statement.

“We are so proud of this movie and could not be happier to be partnering with the brilliant team at Broad Green Pictures, whose passion and commitment to excellence will ensure this extraordinary real-life thriller reaches and excites the broadest of U.S. audiences,” added Segal.

The deal was brokered on behalf of the filmmakers by WME, while Dylan Wiley and Chris Tricarico handled the deal for Broad Green.