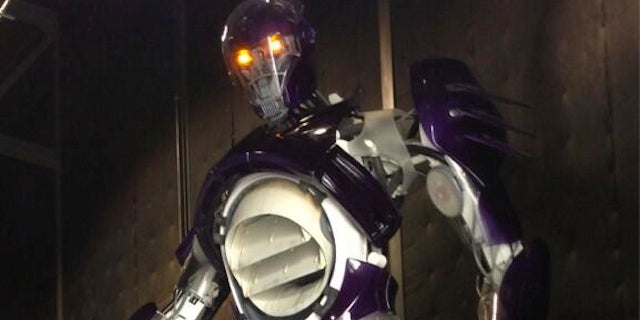 Bryan Singer unveiled a full-sized sentinel from the set of "X-Men: Days of Future Past" on Thursday. And it's big.

The director tweeted the picture of himself standing next to the giant robot that appears to be three times his size and wrote, "Here's to the next 50 years."

The number of years is a reference to a video 20th Century Fox released on Tuesday as part of the upcoming Marvel movie's viral marketing campaign, which celebrates 50 years of the sentinel program created by "X-Men" villain Boliver Trask, who is played by Peter Dinklage ("Game of Thrones") in the upcoming sequel.

Singer previously teased the sentinels — robots responsible for hunting and destroying mutantkind — by having a robotic head on display at Comic-Con last month. Although artwork featuring the sentinels in full was released earlier this week, this is "X-Men" fans first full look at the practical model that will be fighting Wolverine, Professor Xavier, Magneto, Storm and the rest of the Marvel mutants returning for the seventh film in the franchise that began in 2000.