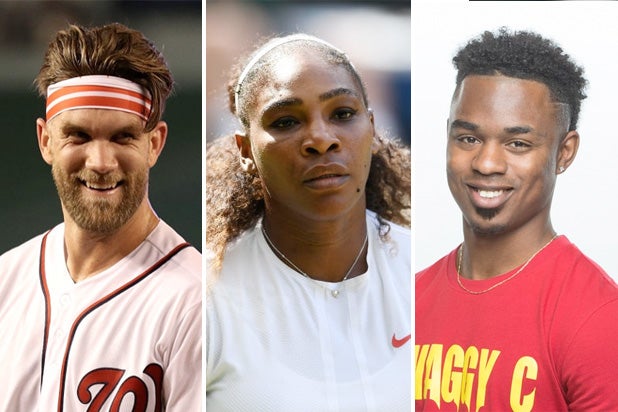 A baseball player, a tennis star and an evicted houseguest had viewers talking passionately on social media over the past seven days.

The Wrap has partnered with Canvs, the emotion measurement AI company, for a weekly look at some of the characters and personalities that have TV viewers the most worked up on social media.

The data below covers July 11-17 and is drawn from the most emotionally reacted-to television programs, including broadcast, cable, streaming and PPV.

ESPN’s broadcast of the 2018 MLB Home Run Derby generated 61,431 Emotional Reactions (ERs), with winner Bryce Harper driving the most conversation out of any player. The Washington Nationals right fielder made an exciting, last-minute comeback during the final round, going from 18-9 against Cubs outfielder Kyle Schwarber to a tie at the end of the regular time, followed by a win in bonus time.

this man bryce harper is a beast ????

God I hate Bryce Harper so much

Serena Williams drove a ton of the conversation around the 2018 Wimbledon Championships on July 14, which were broadcast on ESPN and sparked 23,717 ERs.

Viewers chimed in early to wish her good luck and even after her ultimate loss to Angelique Kerber of Germany, the messages of adoration kept flowing, especially after Williams’ comments about doing it for all the moms out there.

So proud of you and grateful for you, Serena. https://t.co/QPPmcKc2cZ

Much of chatter around a recent episode of “Big Brother” on CBS (16,283 ERs) was prompted by Chris “Swaggy C” Williams.

Viewers had a lot to say about the houseguest, ranging from declarations of love to annoyance and downright disgust. Many were thrilled when he was evicted by a vote of 8-4 at the end of the episode.

YO. Swaggy smart as hell #bb20

I'm glad that swaggy and his attitude is gone. #BB20

Yessss Swaggy is out!! #BB20 pic.twitter.com/C0gxamDPp5