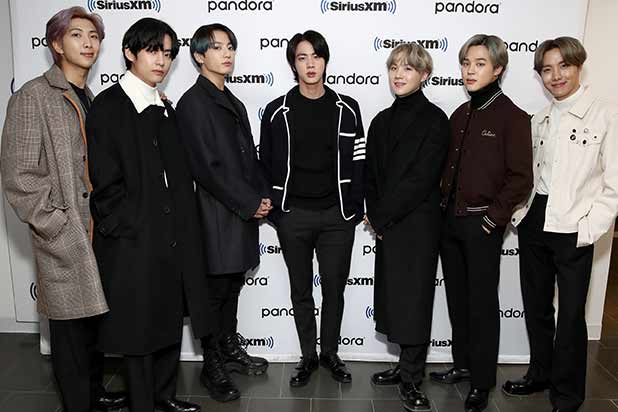 The music group BTS announced on Thursday that it was canceling tour dates in Korea due to concerns about the coronavirus outbreak.

“We regret to announce that the BTS ‘Map of the Soul’ Tour – Seoul Concert, originally scheduled to be held on April 11, 12, 18 and 19 at Olympic Stadium, has been canceled,” the band’s management agency said through its mobile fan platform.

With those dates canceled, the band’s tour is now slated to begin on April 25 in Santa Clara, Calif.

Also Read: 'Carpool Karaoke': James Corden Drags BTS to His PlyoJam Class to Prove He Has the Moves to Join the Band (Video)

Facebook announced on Thursday it was canceling its annual F8 developer conference over concerns about the coronavirus outbreak. The conference, which was scheduled to take place at the McEnery Convention Center in San Jose, California on May 5 and 6, is Facebook’s biggest event each year.

Also in the tech world, Apple recently warned that the coronavirus has “temporarily constrained” its iPhone production in China and the company amended its revenue projections as a result.

On Wednesday, the first confirmed coronavirus case in the U.S. of “unknown origin” was diagnosed in Northern California. The CDC said “it’s possible this could be an instance of community spread of COVID-19, which would be the first time this has happened in the United States. Community spread means spread of an illness for which the source of infection is unknown. It’s also possible, however, that the patient may have been exposed to a returned traveler who was infected.”