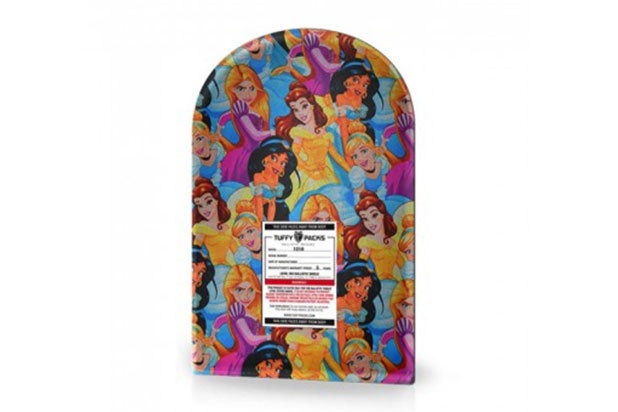 A Houston-based manufacturer of backpacks, called TuffyPacks, has removed its themed products from its website after Disney said in a statement that the use of Disney characters was not authorized and should stop being used to “promote sales of their merchandise.”

A spokesperson for TuffyPacks told TheWrap that the items will be removed while they review their options for the themed products, but that he had no further comment.

TuffyPacks was selling backpack inserts that retail for $129, designed to fit into school backpacks and smaller day backpacks to protect yourself from multiple rounds of handgun fire. The designs featured Disney princesses, the Avengers and Harry Potter. A spokesperson for Warner Bros. told TheWrap: “These are not official ‘Harry Potter’ products, and are in no way endorsed, licensed or in any other way supported, directly or indirectly, by Warner Bros.”

“None of these products were authorized by Disney, and we are demanding that those behind this stop using our characters or our other intellectual property to promote sales of their merchandise,” a spokesperson for Disney said in a statement to TheWrap.

The website features the disclaimer, “This product is not associated with the original copyright owner,” and TuffyPack’s founder and CEO Steve Naremore told the outlet that the company never asked Disney for support, but that demand for sales have spiked, adding that sales increase between 300 and 500 percent after a mass shooting.

While the new designs were rolled out a month ago, they coincide with two mass shootings that occurred over the weekend in El Paso, Texas and Dayton, Ohio, which left 31 dead.