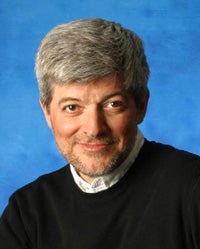 The post-Bloomberg-buy shuffling continues at BusinessWeek.

John Byrne – the magazine’s longtime executive editor, BusinessWeek.com’s editor-in-chief and one prolific Tweeter – announced late Tuesday that he is leaving the magazine.

Byrne’s announcement comes on the heels of a slew of other high profile staffers (Stephen Adler, Stephen Baker, Steve Wildstrom, Lauren Young, Shirley Brady et al) who were either laid off or decided to jump ship in the wake of the Bloomberg acquisition.

The timing of Byrne’s departure from BusinessWeek is somewhat curious, considering the magazine just hired Josh Tyrangiel away from Time. (Tyrangiel, among other things, was in charge of running Time.com.)

Jon Fine, BusinessWeek’s media reporter — currently on a “sabbatical” with his wife, Laurel Touby (my former boss at mediabistro.com) – said last week that he won’t be returning.

Here’s Byrne’s memo to his staff:

After spending 22 years of my professional life at BusinessWeek, I’ve decided to move on when Bloomberg becomes its new owner next week.

I’ve had a wondrous journey here, from the day in 1985 when Steve Shepard hired me as management editor to the day Steve Adler invited me back in 2005. I came of age as a journalist and editor under Steve I and will forever be grateful to him for the chance to write big impact cover stories and take far too many book leaves. I’m especially thankful to Steve II for giving me two very big opportunities: To return to my professional home to help run the magazine as executive editor, and to later take charge of our digital operations as editor-in-chief of BusinessWeek.com.

The latter was an especially transformative job for me. I’ve become a passionate advocate of digital journalism. So it will come as little surprise that I will be planning to launch a new digital media company based near San Francisco to explore the future. I’m flattered and thankful that Bloomberg provided me an opportunity to stay with BusinessWeek, but my passion to chase this entrepreneurial venture feels like the right move at this stage in my career.

For me, BusinessWeek has been far more than a mere employer. It’s been a close personal friend. That’s largely true because of the highly talented people I’ve been able to work with and learn from over these 22 years. I thank every editor who made me look and read better than I ever was. I thank every colleague who helped to shape my ideas and thoughts. I thank every friend who lent me support and encouragement through both the good and the hard times.

I offer a special thanks to Zulma Chamorro, my assistant, who always tried to keep me on time but rarely succeeded. I’ve greatly appreciated her commitment and diligence to both me and the entire online team. I also want to single out the two managing editors I’ve worked closely with at the magazine and online: Ciro Scotti and Martin Keohan. Their devotion, intelligence and integrity will stay with me forever.

I wish Bloomberg great success with BusinessWeek. Norm Pearlstine and the rest of the Bloomberg team will bring lots of new ideas and new resources to BW that makes me excited about the brand’s future. I’ll be its biggest cheerleader from afar.

It has been a privilege and an honor to work with all of you. Let’s keep in touch.