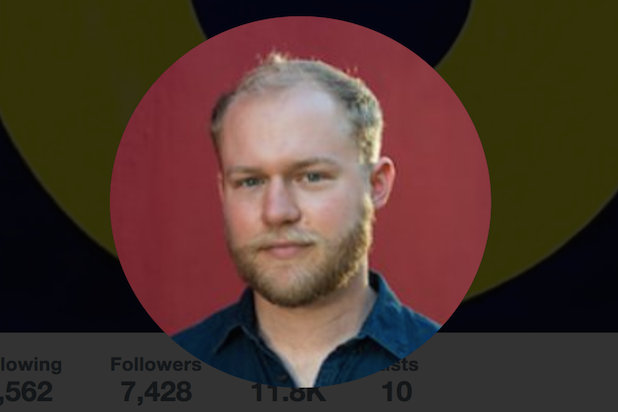 “I didn’t mean in any way to diminish the many real victims of communism, and my tweet was a bad misintrepretation [sic] of the president’s declaration. I’ve deleted it,” he wrote. “I cover white nationalists, and they use that language a lot, which is why I made that very dumb mistake.”

I didn’t mean in any way to diminish the many real victims of communism, and my tweet was a bad misintrepretation of the president's declaration. I've deleted it 1/

I cover white nationalists, and they use that language a lot, which is why I made that very dumb mistake. 2/2

In the original deleted tweet, Montgomery took issue with a White House statement announcing a “National Day for the Victims of Communism.”

Far from white nationalism, the actual White House release was dedicated to remembering victims of Communist oppression over the last 100 years.

“Over the past century, communist totalitarian regimes around the world have killed more than 100 million people and subjected countless more to exploitation, violence, and untold devastation,” it said. “Today, we remember those who have died and all who continue to suffer under communism. In their memory and in honor of the indomitable spirit of those who have fought courageously to spread freedom and opportunity around the world, our Nation reaffirms its steadfast resolve to shine the light of liberty for all who yearn for a brighter, freer future.”

The matter was picked up by right-wing provocateur Mike Cernovich, who in a back-and-forth with BuzzFeed editor in chief Ben Smith said the website should broadly exercise more caution with the “White Nationalist” label.

This is kind of a big deal @Bernstein, @BuzzFeedBen. Is Buzzfeed’s position that @VoCommunism is a white nationalist talking point group? https://t.co/RD3xNsdeyK

He very quickly apologized and explained, after some open convo on Twitter with @MiriamElder and others. Not sure what’s being asked here? Blood?

No blood, some soul searching. Maybe stop calling everyone white nationalists? thats what got Blake, he tossed term around thoughtlessly.