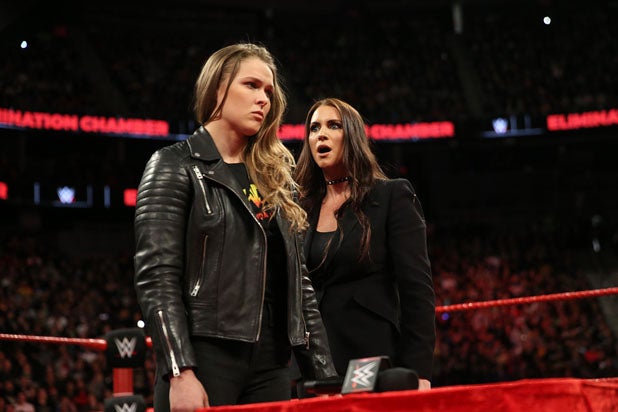 WWE is seeking a deal worth up to $400 million, media reports said in March, as their current agreement with NBCUniversal’s USA Network draws to a close.

But WME is currently shopping the same rights for UFC, the mixed martial arts franchise it owns — directly competing with WWE.

The move to bring in CAA was initiated by WME to secure a “checks and balances” system for the deal, an agency insider told TheWrap.  Two others close to the talks said that Endeavor, the parent company of WME, had a conflict because it bought the mixed martial arts franchise last summer for $4 billion.

Also Read: Here's Everything WWE Superstar John Cena Does in a Day (Video)

Reps for CAA and WME declined to comment. A WWE spokesperson said it would continue a “longstanding partnership with WME as well as working relationships with other agencies and strategic advisors around the world.”

Endeavor, led by CEO Ari Emanuel and Executive Chairman Patrick Whitesell, has reportedly been seeking a slightly larger rights package for UFC, around $450 million. The agency insider disputed that figure.

Endeavor’s splashy conquest made waves last August, but the company has done little to leverage its asset thus far. Emanuel met with ESPN, Turner Sports, CBS and NBC to take on the UFC package for the nine-figure sum, according to one report. No one bit, and analysts put the deal’s value closer to $200 million.

Declining performance for UFC is probably not helping the licensing pitch.  Currently in the last phase of its broadcast deal with Fox TV, a January bout brought the franchise to a new ratings low. In the franchise’s defense, its top stars are only viewable in a pay-per-view format when they fight. As of February, Amazon is offering those matches, or “tier one” fights, on its prime video service.  The broadcast TV content features mid-career MMA fighters.

“They are not a leader in the industry, and they have not figured out how to cultivate those characters,” the sports insider added