It’s been nearly a year since CAA made a fateful decision at its new Death Star headquarters in Century City, all shiny and gleamy and expensive. 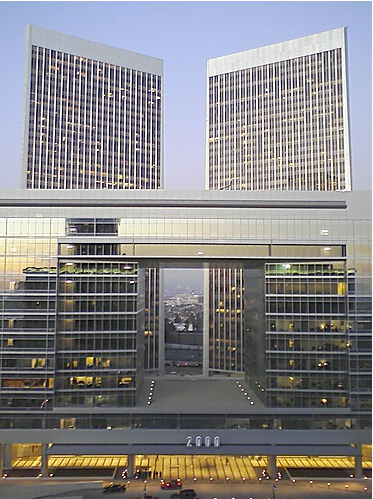 This was a shocking breach of Hollywood etiquette just months after the talent agency moved out of Mike Ovitz’s I.M. Pei-designed lair in central Beverly Hills.

And it was particularly painful because some of us had already noticed that parking was a sickening $34 for a couple of hours. That rates as the highest parking fee uncovered by Waxword in a completely unofficial Hollywood survey.

Now I’m told that the agency has saved something like $800,000 a year by cutting out validations.

Paradoxically, I’m also told that the agency had a fabulous year, and that all the senior people are getting their bonuses.

Doesn’t seem right to me.

As a result of this un-hospitality, visitors to CAA — really, I’m not kidding — have taken to parking at the Century City mall about a half-mile away, and walking to the hulking glass monolith. At least at the mall you get two hours for free. I’d like to see Natalie Portman and Nic Cage taking that hike. No, seriously.

And it turns out there is a class system at Hollywood’s premiere talent agency. In other words, if you’re Clooney or Cameron and seeking quiet validation — you’re still in like Flynn.