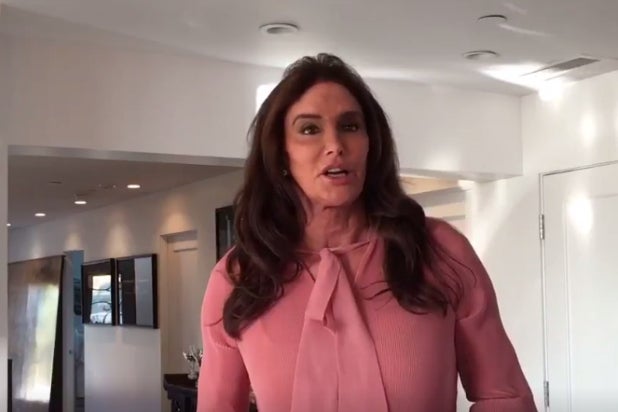 Just over a day after it was announced, Caitlyn Jenner spoke out on Twitter against Donald Trump’s executive order rolling back protections for transgender public school students.

“This is a disaster,” Jenner said about the order, which rescinds Obama-era guidance that transgender students must be allowed to use the bathroom of the gender they identity with.

“You made a promise to protect the LGBTQ community,” she added. “Call me.” Jenner included a video with her tweet, which you can watch below.

Well @realDonaldTrump, from one Republican to another, this is a disaster. You made a promise to protect the LGBTQ community. Call me. pic.twitter.com/XwYe0LNUOq

During the 2016 presidential campaign, Trump expressed support for LGBT rights, though in doing so made an appeal to nativism, suggesting those rights were threatened by Democratic party support for immigrants.

Thank you to the LGBT community! I will fight for you while Hillary brings in more people that will threaten your freedoms and beliefs.

Jenner, unlike most prominent members of the LGBTQ community, supported Trump’s bid for the presidency, citing comments like the one above as justification. Whether that support remains strong following Trump’s recent actions is unclear, but it’s worth noting that in the video above, Jenner can be seen wearing a “pussy bow” blouse.

The vintage style, recognizable by the attached, loose bow around the collar, was much-discussed last fall when Melania Trump wore a “pussy bow” dress to the second presidential debate. That she did so less than 48 hours after the release of video in which Trump bragged about grabbing women “by the p—y” was widely seen as a deliberate attempt to troll Trump critics, a suggestion Melania later denied.

By and large the LGBTQ community was not convinced by Trump’s attempts to pit it against other Democratic constituencies. Just 14 percent of LGBTQs voted for Trump, versus 86 percent for Hillary Clinton, according to exit polling data.