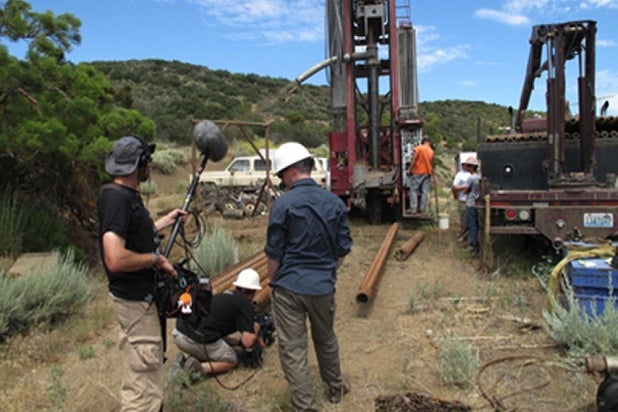 California’s muscled-up tax credit program is already paying dividends and Hollywood’s major studios — whose expensive movies were excluded under the old plan — are among the prime beneficiaries.

In all, 11 productions have received conditional approval — eight studio projects and three independent features including Showtime’s “Twin Peaks” sequel, the “CHiPS” movie (on the list as “the untitled Dax Shepard project”) from Warner Bros. and Paramount’s “The God Particle.”

Under the former program, feature projects with budgets in excess of $75 million were ineligible, so many major studio movies were left out.

The list also includes two projects set at least partially in other locales that have been especially aggressive in offering tax credits to lure film and TV production. These projects include Warner Bros.’ “The Conjuring 2” (United Kingdom) and Fox’s “Why Him” (Michigan). That begins to reverse a trend that has troubled state officials after many film and TV shows set in California were actually shot elsewhere.

“We’re fighting back and winning thanks to our newly expanded tax credit program,” said California Film Commission Executive Director Amy Lemisch. “We were losing projects that were set here at home, and now we’re back to doubling for other locales. This demonstrates that when the playing field is more level, the industry views California as the first and best option.”

This upward trend began in May with the first allocation for California’s expanded tax credit program, which was earmarked specifically for TV projects. Four TV series relocating to California from other states (Georgia, Louisiana, Maryland and North Carolina) were approved.

Lemisch also noted that the list included several production companies that rarely work in California, opting instead to shoot in states where tax credits have been more readily available.

Alcon Entertainment has not filmed a project entirely in California in more than a decade.

“We are excited to be coming back to California to film ‘Chicken Soup for the Soul.’ We’re looking forward to working with the greatest crews and top facilities, as well as the convenience of managing this project close to home,” said Alcon co-founders and CEOs Andrew Kosove and Broderick Johnson.

Based on data provided with each application, the 11 approved projects will generate an estimated $533 million in direct in-state spending, including $171 million in wages for below-the-line crew members.

There’s hope for projects that didn’t make the list, which changes as projects may withdraw from the program and tax credits are reassigned to those currently on the wait list.

These latest funding “buckets” total $55.2 million out of the program’s $230 million in first fiscal year funding. It will be $330 million in years to come, but $100 million is allocated this year to the final round of the state’s expiring, first-generation tax credit program.

Projects were chosen based on their jobs ratio score, which ranks each project by wages to below-the-line workers, qualified spending for vendors, equipment, etc., and other criteria.