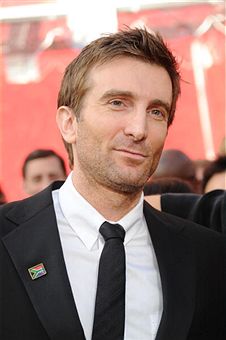 • "District 9" star Sharlto Copley is in talks to join the cast of D.J. Caruso‘s "I Am Number Four," DreamWorks’ adaptation of James Frey and Jobie Hughes‘ upcoming young-adult sci-fi novel, according to the Hollywood Reporter.

Alex Pettyfer ("Beastly") will play the title character, one of nine aliens (I’m sick of the number 9 after "9," "Nine" and of course, "District 9") who flee their home planet before its destruction by a rival intergalactic species and are forced to hide out on Earth disguised as human high schoolers.

Copley will play a man who lived amongst the alien world’s serving class but on Earth is charged with being Four’s adult guardian and mentor.

Copley impressed many with his turn as Wikus Van De Merwe in Neill Blomkamp‘s Oscar-nominated sleeper hit but I wasn’t quite blown away by his performance. Peter Sciretta of /Film wrote yesterday that he actually thought Copley’s "District 9" performance was worthy of an Oscar nomination for Best Actor, and while he’s certainly entitled to his opinion, I think he’s getting a little carried away with his assessment. Copley delivered a strong but nonetheless limited performance in a film well-suited to his amateur skill set, but it was hardly groundbreaking, let alone award-worthy, even if the argument is entirely subjective.

Regardless of my personal feelings about "District 9," Copley has parlayed the success of that film into a starring role in Joe Carnahan‘s upcoming action film "The A-Team," which looks a little lame, especially since it follows Sylvain White‘s "The Losers," a similar project that seems like it could be a lot of fun despite reports of reshoots as recent as March 20.

HarperCollins Children’s Books plans to release "I Am Number Four," the first of six planned books, on August 17. "Smallville" creators Al Gough and Miles Millar adapted the screenplay. Steven Spielberg and Michael Bay are producing the film, while Chris Bender and J.C. Spink will exec produce with David Valdes.

The film stars Penn as a retired rock star who sets out to track down the former Nazi who killed his father. Imagine "Marathon Man" mixed with "The Princess Bride" and a splash of "Rock Star" for good measure. Italian filmmaker Sorrentino ("Il Divo") will make his English-language feature debut with the project, which he co-wrote with Umberto Contarello.

Sorrentino regular Toni Servillo is attached to the project and has been mentioned to play the Nazi. Irish actor Tom Archdeacon has also been rumored to be part of the cast.

While Penn pulled out of two high-profile projects — Universal’s recently cancelled "Cartel" and the Farrelly brothers‘ MGM comedy "The Three Stooges" — last year in order to take a sabbatical and focus on his family, he always intended to make "This Must Be the Place" at some point upon his return to acting.

McDormand seems to have taken a similar hiatus from the bigscreen. She last appeared in the overrated Coen brothers farce "Burn After Reading," and will next be seen in Michael Bay‘s completely necessary "Transformers 3," which still feels weird to type.

Penn next stars opposite Naomi Watts in Doug Liman‘s "Fair Game" and will (hopefully) be seen this December with Brad Pitt in Terrence Malick‘s "The Tree of Life."

Indigo Film founders Francesca Cima and Nicola Giuliano will produce alongside Lucky Red’s Andrea Occhipinti ("The White Ribbon"). According to The Irish Film & Television Network, the producers and Sorrentino have been scouting locations in Ireland, with filming set to begin this August. 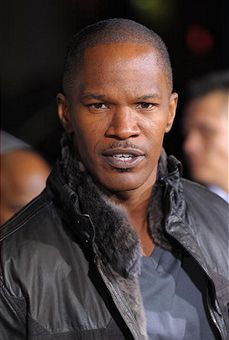 • Oscar and Grammy winner Jamie Foxx ("Ray") is set to star in, produce and write original songs for the animated film "Welcome to the Jungle," which is based on a pitch by Foxx and screenwriter Malcolm Spellman ("Our Family Wedding"), reports Variety.

"Welcome to the Jungle" marks Foxx’s first animated project, and Fox Animation is keeping Spellman’s logline under wraps for now. He recently wrote "Soul Train" for WB, based on the funky ’70s TV series. Foxx’s manager and producing partner Jamie Rucker King will also produce through their company FoxxKing Entertainment.

Foxx most recently appeared in the ensemble love-fest "Valentine’s Day" after he was thoroughly wasted in F. Gary Gray‘s action-thriller "Law Abiding Citizen." He next appears in Todd Phillips‘ comedy "Due Date" alongside his "Soloist" co-star Robert Downey Jr. and Phillips’ "Hangover" star Zach Galifianakis.

Coincidentally, Foxx is attached to a pair of movies starring Demi Moore’s current and former husbands. Lionsgate’s bigscreen adaptation of the popular videogame "Kane & Lynch" will pair him with Bruce Willis, while Foxx has been rumored to star in the action-comedy "Streets on Fire" opposite Ashton Kutcher. Additionally, the "Collateral" star has expressed interest in playing heavyweight boxing champ Mike Tyson in director Taylor Hackford‘s planned biopic.

You know what isn’t listed among all these future projects? The "Laverne and Shirley" movie he was going to write for his "Valentine’s Day" director Garry Marshall … sigh. I guess we dodged a bullet there, folks.

Max Borenstein will write WB’s adaptation of the ’60s spy series, with David Dobkin ("Wedding Crashers") attached to direct the long-gestating project, according to the Hollywood Reporter. John Davis and Jeff Kleeman will produce the film.

I don’t think it’s possible for me to be any less excited by this movie. Why would a studio spend millions of dollars updating a TV show that probably has only a handful of fans in the coveted 18-49 year-old age demo. Are teenagers really tweeting each other about "The Man From U.N.C.L.E.?" Are studios so desperate to exploit previously existing brands that they’re actually entertaining ideas about movies based on relics like "Dallas" and "Gunsmoke?"

The NBC series ran from 1964-1968 and starred Robert Vaughn and David McCallum as Napoleon Solo and Illya Kuryakin, respectively. Both men were agents of the United Network Command for Law Enforcement, a covert organization that constantly battled the forces of T.H.R.U.S.H. (Technological Hierarchy for the Removal of Undesirables and the Subjugation of Humanity). For the record, I felt absolutely ridiculous typing that silly sentence. I mean, seriously, what a pair of absurd acronyms!

TV Squad demands that the original actors return for a cameo in order to lend credibility to the project. Credibility? That’s what they’re concerned with? Who would avoid seeing "Man From U.N.C.L.E." because of a lack of credibility stemming from the studio’s refusal to trot out the nearly 80-year-old stars of the original series? Wasn’t David Soul and Paul Michael Glaser‘s joint cameo in "Starsky and Hutch" bad enough?

Any actor who takes this project and issues a generic statement along the lines of "I grew up watching ‘The Man From U.N.C.L.E.’ and it’s a dream come true to play Napoleon Solo’ is, quite frankly, lying through their bleached teeth.

I predict that if this movie sees the light of day — and that’s a big "if," if you ask me — there’s a 1 to 2 percent chance that Dobkin will wind up directing. He pretty much has his pick of Hollywood comedies and I’d be shocked to see him spend years on a bigscreen adaptation of a long-forgotten TV series that wasn’t exactly appointment viewing to begin with. Dobkin’s last film was the critically-maligned "Fred Claus," but he’s poised to rebound in 2012 with the Ryan Reynolds-Jason Bateman comedy "The Change-Up," from a script by "The Hangover" writers Jon Lucas and Scott Moore.

Borenstein’s Jimi Hendrix biopic script "JIMI" landed on last year’s Black List and is currently set up at Lionsgate. He must be a huge fan of the original series to go from highbrow historical fare to "The Man From U.N.C.L.E."