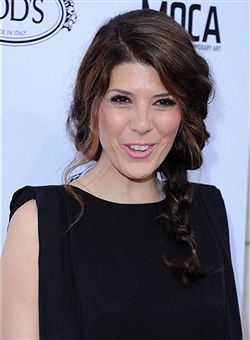 Tomei will play the Carell’s first dates after Gosling has taught him the art of meeting women. Groban will play Emma Stone‘s boyfriend, which makes for the one of the most unlikely onscreen couplings in recent memory.

Julianne Moore, Kevin Bacon and Analeigh Tipton have previously been cast in the film, which John Requa and Glenn Ficarra will direct from a script by Dan Fogelman.

My question is why Warners hasn’t decided on at least a working title for this project, as I’m growing very tired of referring to it WB’s untitled Carell-Gosling comedy. Just pick a generic title already!

The story follows a young couple who discover that their comatose son has become a magnet for malevolent entities while his consciousness lies trapped in the dark and insidious realm known as The Further. The project reunites Wan with his "Saw" co-writer and star Leigh Whannell.

While the "Saw" sequels have become boring trash, I hold the original in very high regard and would consider it a modern masterpiece if it weren’t for Cary Elwes‘ hammy acting. Unfortunately, Wan lost all the good will he had earned for "Saw" with "Dead Silence," which I could barely sit through despite its 89-minute running time. Wan redeemed himself a little with the Kevin Bacon vigilante film "Death Sentence," which I enjoyed for the most part but nonetheless preferred Jodie Foster‘s similarly-themed "The Brave One."

That said, I’m digging the cast Wan has assembled for "Astral." Wilson is a fantastic actor, not only in challenging films such as "Hard Candy" and "Little Children," but also rising to the occasion in more commercial projects like "Lakeview Terrace" and "Watchmen." He’s been earning strong notices for his work in "Barry Munday," which looks pretty funny. Wilson next stars in Joe Carnahan‘s bland-looking "The A-Team," and will soon be seen in the pregnancy comedy "The Switch" opposite Jennifer Aniston and Jason Bateman, and in "Morning Glory" opposite Rachel McAdams and Harrison Ford.

As for "Damages" star Byrne, she will next be seen in Nick Stoller‘s "Forgetting Sarah Marshall" spinoff "Get Him to the Greek," which I’m praying will be as hilarious as its trailers make it look. 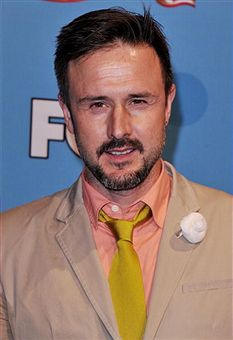 • "Scream 4" star David Arquette (I love how that sounds) has joined the cast of Disney’s upcoming animated show "Jake and the Never Land Pirates," an interactive TV series for preschoolers that follows the adventures of the classic "Peter Pan" villain Captain Hook and his sidekick Smee.

The series features the voices of Colin Ford, Madison Pettis and Jonathan Morgan Heit and is set to premiere on Playhouse Disney-branded blocks and channels around the world in 2011.

Arquette currently serves as executive producer on his wife Courteney Cox Arquette‘s ABC series "Cougar Town," while Winter will soon be seen on the bigscreen opposite Eddie Murphy and Kerry Washington in "A Thousand Words."

• And finally, a brief personal note on Disney’s announcement of a "Monsters Inc." sequel, which is coming out Nov. 16, 2012.

This is the very definition of awesome news and I cannot commend Disney and Pixar enough for their decision to revisit those characters.

In my humble opinion, "Monsters Inc." never got its due as an animated classic. It is my third-favorite Pixar film, right behind the first two "Toy Story" movies and in front of "Ratatouille."

Most people I know prefer "Finding Nemo," "Wall-E," "The Incredibles" or "Up," but for me, Mike Wazowski and Sulley are far more entertaining characters. The original "Monsters Inc." made me alternately laugh and cry, and that’s a testament to how well it works as entertainment for both kids and adults. Thankfully, Disney and Pixar have realized this, as "Monsters Inc." will be only the third Pixar film besides "Toy Story" and "Cars" to be sequelized.