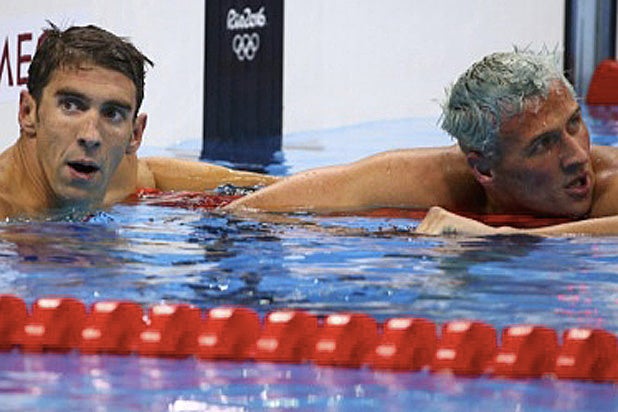 The most important job of a sportscaster is knowing who won the competition.

Unfortunately, Canadian announcer Elliotte Friedman failed on that front when he mixed up Michael Phelps and Ryan Lochte during CBC’s live broadcast of the men’s 200 meter individual medley swimming race at the Rio Olympics on Thursday.

“Finally, he’s going to do it! Ryan Lochte is going to beat Michael Phelps in this event in the Games!” Friedman proclaimed, according to the Toronto Star.

Hmmm, no — actually, Phelps smoked the competition and pulled away from the rest of the field to touch the wall almost two seconds ahead of his next-closest rival, Japan’s Kosuke Hagino, to win his fourth gold medal at the Rio Games and the 22nd gold of his career.

As for Lochte, the grey/green-haired U.S. swimmer came in a disappointing fifth.

“I’m sorry everyone. I blew it. No excuses,” Friedman tweeted after the gaffe.

While he got a great deal of support for the honest mistake and subsequent humble apology, the respected sports journalist also got a solid dose of good-natured ribbing on social media.

I'm sorry everyone. I blew it. No excuses

I didn't see it, but I know few people more professional, or better, than @FriedgeHNIC. He'll take this harder than anybody.

Steve Harvey is cackling and rolling a blunt. #ElliotteFriedman

Just catching up to the @FriedgeHNIC bobble last night. No big deal. He'll go through the repechage and still win gold for his great work

It can happen to anyone @FriedgeHNIC and you'll be laughing about it in no time. Handled it like a pro.

If there is one person in the business who doesn't need people standing up for him it's @FriedgeHNIC. Hasn't stopped dozens from doing so.

Having once and ONLY once tried to call a swim meet (on radio) all empathy to @FriedgeHNIC. Hang in there, Brother.

@FriedgeHNIC Elliote. We've not met. But we heard from all in Canada how amazing you are. Such an easy mistake to make. You'lll ride again