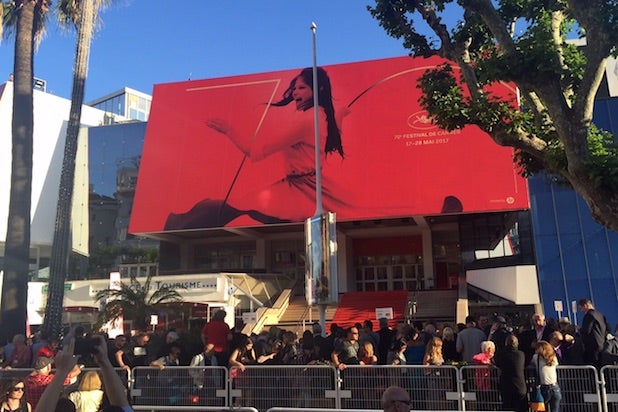 The Cannes Film Festival is shifting things for its 71st edition next year, starting one day earlier.

Festival organizers announced Wednesday that the 2018 festival will start on May 8 and run through May 19, 2018 (ending on a Saturday instead of a Sunday).

The awards ceremony will take place on Saturday, May 19.

“Following 2017’s anniversary edition, the Festival is beginning a new period in its history,” Festival President Pierre Lescure said in a statement. “We intend to renew the principles of our organization as much as possible, while continuing to question the cinema of our age and to be present through its upheavals.”

The new schedule, the statement read, will allow festival organizers to “rebalance” the two weeks of the event and bring “new energy” to the festival. Moreover, an additional gala event can be held now, and previews of the opening film can be held throughout France due to the extra day.

Earlier this year, Ruben Ostlund’s seriocomic art-world satire “The Square” won the Palme d’Or as the best film at the 2017 Cannes Film Festival.

Sofia Coppola won the best director prize for her Southern Gothic adaptation “The Beguiled,” becoming the second woman to win that award in the festival’s 70-year history, and the first since Yuliya Solntseva won in 1961.

Joaquin Phoenix was named the festival’s best actor for “You Were Never Really Here,” while the best actress award went to Diane Kruger for “In the Fade.”