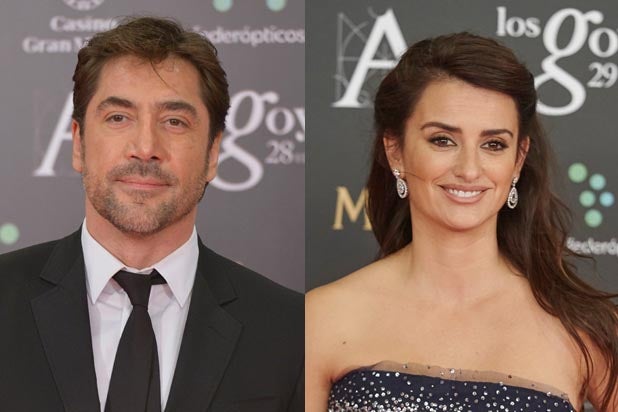 Javier Bardem and Penelope Cruz will star in EuropaCorp’s “Escobar,” the studio announced Wednesday from the Cannes Film Festival.

Written and directed by Fernando León de Aranoa (“A Perfect Day”), the film will follow the rise of Pablo Escobar — one of the most powerful drug lords of all time.

Also Read: Cannes Buyers Will Have to Scramble for Market's Few Big Projects

International sales for the film will be launching in Cannes with an anticipated start of principal photography in 2015.

The announcement comes ahead of the premiere of Aranoa’s first English-language film, “A Perfect Day,” during the Cannes Film Festival’s Directors Fortnight program.

“Escobar” reunites Bardem with Aranoa, who directed the Oscar-winning actor in “Mondays in the Sun.” The project is also an on-screen reunion for Bardem and Cruz, who starred together in “Vicky Cristina Barcelona,” for which Cruz won a Best Supporting Actress Oscar.