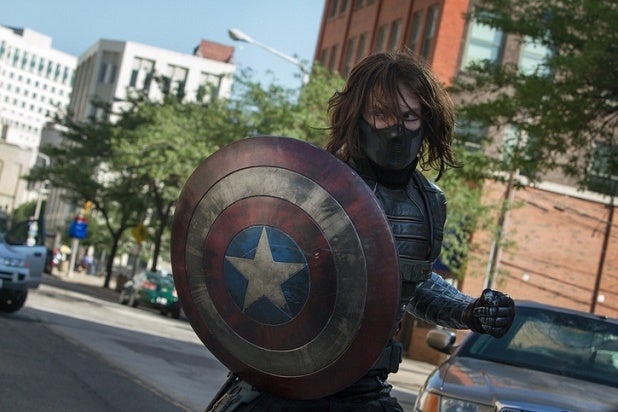 Disney’s “Captain America: The Winter Soldier” roared out of the gate, taking in $75.2 million in its overseas box-office debut this weekend.

The action adventure dominated the international market, with current estimated openings at No. 1 in all but two of its 32 markets. It opens in the U.S. on Friday and is tracking for the year’s biggest domestic debut, at more than $80 million-plus.

The superhero sequel is the third to open since “Marvel’s The Avengers,” and “The Winter Soldier” clearly rode the momentum provided by the 2012 superhero blockbuster to its big debut.

The original 2011 film was a hit. “Captain America: The First Avengers,” distributed by Paramount and produced for $140 million, opened to an impressive $65 million in North America. It went on to take in $176 million domestically and another $194 million overseas.

That was pre-“Avengers,” though — and that 2012 blockbuster’s $1.5 billion global haul changed the game for all subsequent films in Marvel’s cinematic universe.

“Iron Man 3” and “Thor: Dark World” played more like follow-ups to Joss Whedon‘s team-up film than their originals. “Iron Man 3,” the first Marvel movie after “The Avengers,” nearly doubled the $623 million worldwide haul of “Iron Man 2” with $1.21 billion. And last November, the Thor sequel brought in $644 globally, compared to the $449 million that Kenneth Branagh’s original film took in.

The plot features Rogers struggling to embrace his role in the modern world, while battling the Soviet agent known as the Winter Soldier. Given that story line, it will be interesting to see how it plays in Russia, where the film opens on Thursday — particularly given the recent tension between the U.S. and Russia over Crimea.