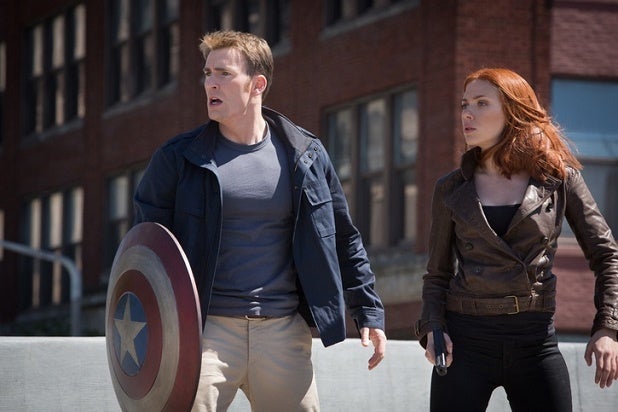 Disney’s Marvel superhero sequel, starring Chris Evans and Scarlett Johansson, hit the milestone Tuesday, according to Box Office Mojo. It now sits at $502.2 million, with $167 domestic and $335.2 million — two-thirds of its gross — coming from overseas.

The sequel’s global total is far ahead of the original film, “Captain America: The First Avenger,” which brought in $370 million globally in 2011. Internationally, “First Avenger” only amassed $193 million. “Winter Soldier” has taken in more than $80 million from China alone.

“Winter Soldier” also has benefited from the momentum provided by Disney and Marvel’s 2012 blockbuster, “The Avengers,” which ranks as the third-highest grossing film ever at the worldwide box office. Two other Marvel sequels have seen a similar boost thanks: “Iron Man 3” and “Thor: The Dark World.” Both sequels saw major increases from the films that preceded them in the wake of Marvel’s successful superhero mash-up.