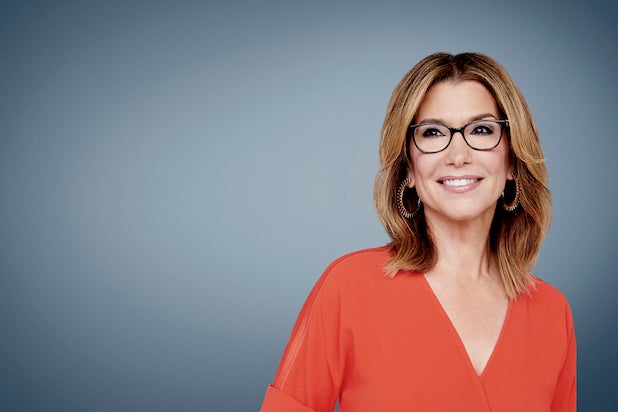 Carol Costello plans to cut out the “bulls—” and put on a show that earns the trust of viewers when her HLN show, “Across America with Carol Costello,” kicks off on Monday.

“Right now, to me, the trust issue is at the top of my list. I really want people to trust me,” Costello told TheWrap during a recent interview. “If you want a snapshot of what the show will be, it’s simple: No bulls—. It’ll be a no-bulls— zone.”

HLN’s sister network, CNN, was Costello’s most recent employer and is often called “fake news” by the President Trump. However, she thinks the issues regarding trust and the media stretch far beyond Trump’s beef with CNN.

“It hurts me that people from my neck of the woods, the Midwest, don’t trust me,” she said. “I don’t think it’s just the Trump supporters, I think that trust in media has been eroding for a long time.”

Costello said the issue “isn’t anything new” and Trump simply “capitalized” on it. She explained that as a 24-year-old local news anchor in Ohio, she was trusted because, back then, people believed what they heard from a broadcaster.

“Now, I’m an experienced journalist that knows so much more and a lot of people don’t trust what I say,” she said. “It pains me and to blame it all on Trump shows a distinct lack of courage on the part of journalists. It’s partially our fault.”

Costello said her new show is the only thing that she’s thought about since her emotional goodbye from CNN roughly six months ago. Costello’s move to HLN allowed the cable news veteran to create a show’s strategy and hire her own team for the first time ever — and she’s quite the perfectionist.

“I’ve been driving myself crazy,” Costello said. “Even if it all goes to s—, it’s been a great experience for me because it strengthened me as a journalist. The primary feature of my show will be transparency. We will not have huge panels talking about political minutia.”

Costello, who walked away from CNN to relocate to HLN’s Los Angeles studio to be closer to her husband, promises to be honest with her audience, even if that means admitting an agenda on particular topics.

“I am a human being,” she said. “I’m not going to lie to you about it… That doesn’t mean I can’t open my mind and embrace [opposing] views.”

The show is called “Across America” because Costello wants to focus on news in portions of the country that often get overlooked by the mainstream media.

“You can’t have credibility if you don’t cover the people you’re talking about,” she said. “That doesn’t mean an analyst in Washington, D.C. who has not lived in Ohio for 25 years sitting there spouting off about how people feel… I mean, actually going to Ohio to do stories… actually talk to people who live in those places.”

“Across America with Carol Costello” premieres on Aug. 21 at 11 a.m. ET on HLN