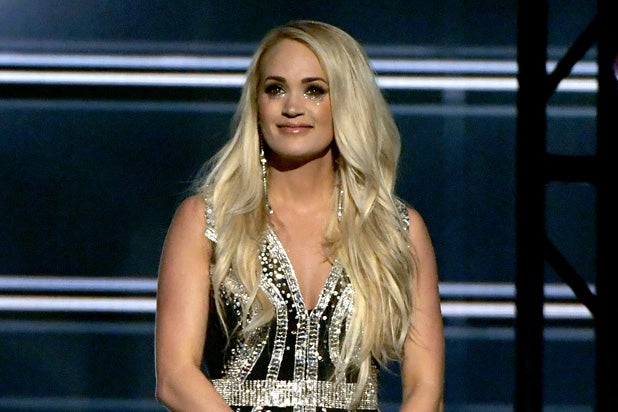 Check out this week’s most emotionally reacted-to TV personalities and characters.

A beloved singer, the former director of the F.B.I. and a player for the Milwaukee Bucks had viewers talking passionately on social media over the past seven days.

The Wrap has partnered with Canvs, the emotion measurement company, for a weekly look at some of the characters and personalities that have TV viewers the most worked up on social media. The data below covers April 11-17 and is drawn from the most emotionally reacted-to television programs, including broadcast, cable, streaming and PPV.

Celebrities of all sorts gathered during Sunday’s 53rd Annual Academy of Country Music Awards, which were broadcast on CBS and generated 76,543 Emotional Reactions (ERs). Musician Carrie Underwood drove a critical mass of conversation throughout the evening, especially while performing her new single “Cry Pretty.” This was Underwood’s first official public appearance since an accident last fall resulted in her having to get stitches on her face — and fans made it crystal clear that she looks great and they love her all the more now.

I have the biggest girl crush on Carrie underwood

Carrie Underwood is a perfect human

Social media lit up during ABC’s exclusive interview between George Stephanopoulos and James Comey, which sparked 29,590 ERs. The broadcast provoked mixed emotions from viewers, with some people expressing support for the former F.B.I. director who was fired by President Trump last year, while others felt more negative, calling him a liar. And as you see with many live airings, there was some lighthearted commentary thrown into the mix as well.

James Comey just shaded Trump and I loved every second of it.

James Comey is a disgrace.

The most honest fact about James Comey is he is in fact 100% a liar.

During the first round of the NBA playoffs, the Boston Celtics faced off against the Milwaukee Bucks in a game that was broadcast on TNT and generated 21,133 ERs. Although the Celtics ended up winning, the player driving the most conversation was Bucks forward Giannis Antetokounmpo. Aside from the normal love/hate comments you often see during NBA games, there was a general subtext alluding to the idea that he was carrying his team.

Giannis be making some crazy shots

Giannis is so overrated