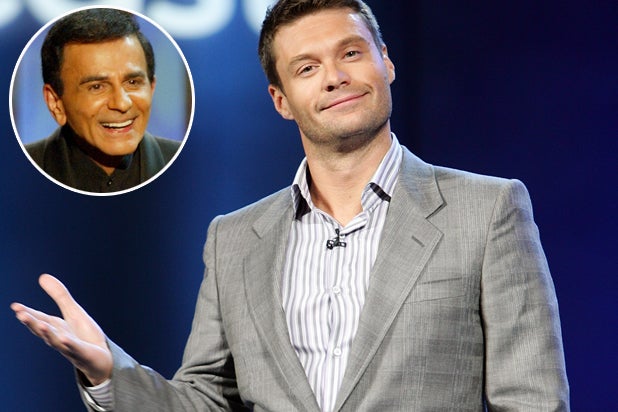 Ryan Seacrest has looked up to Casey Kasem his entire life. And recently, the “American Idol” host and DJ took over Kasem’s place as the host of the “American Top 40” countdown.

In a statement on Sunday after the news of Kasem’s death, Seacrest called it a “sad day” and recalled how he looked up to Kasem.

“It’s a sad day for the broadcasting community and for radio listeners around the world,” said Seacrest.

“When I was a kid, I would listen to Casey Kasem’s AT40 show every weekend, and dream about someday becoming a radio DJ,” he continued. “So when decades later I took over his ‘AT40’ countdown show, it was a surreal moment. Casey had a distinctive friendly on-air voice, and he was just as affable and nice if you had the privilege to be in his company. He’ll be greatly missed by all of us.”

Keep your feet on the ground and keep reaching for the stars. We’ll miss you, Casey. pic.twitter.com/cxYhONfrqz

Kasem died after a long illness. He suffered from Lewy body disease, a progressive form of dementia, which left him unable to speak, eat or move on his own. He was transferred to hospice care in Washington state shortly before his death. Kerri Kasem, his daughter, announced his death on her Facebook page on Sunday.