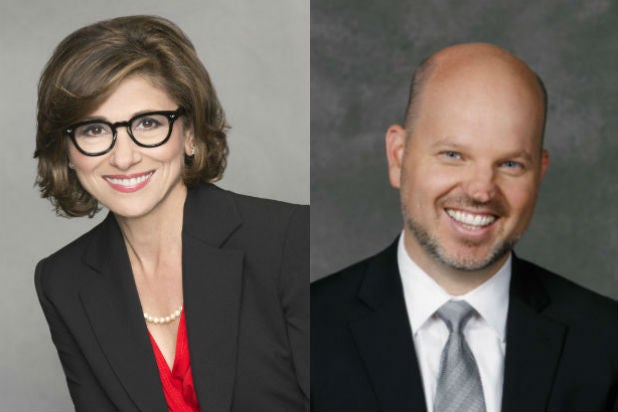 Nina Tassler will step down from her role as CBS Entertainment chairman at the end of the year, the network announced Tuesday. Current programming chief Glenn Geller has been tapped to succeed her, having been named president of CBS Entertainment.

The network is poised to take that title for an eighth time as it plays host to the Super Bowl this season, and should compete with NBC for the top spot in the advertiser-coveted 18-49 demo.

Among the hits launched under Tassler are “The Big Bang Theory,” “The Good Wife,” “Criminal Minds,” “How I Met Your Mother” and “Scorpion.” She also led the network through the transition of its “Late Show” franchise from founding host David Letterman to new host Stephen Colbert, whose show premiered Sept. 8.

Prior to joining CBS, Tassler worked at Warner Bros., where she helped develop “ER.”

“Nina and I have been colleagues and friends for 25 years,” Moonves said in a statement. “It is one of the proudest partnerships of my professional life. We’ve enjoyed amazing success together, both here and at Warner Bros., and it’s been a privilege to watch her talents and accomplishments grow.”

He had previously worked in the drama department at 20th Century Fox Television.

Tassler will remain with CBS as a consultant through 2017. With her departure from her current post, there will now be no female top entertainment executive among the five major U.S. broadcast networks.

Read full statements from Moonves and Tassler below:

“Nina and I have been colleagues and friends for 25 years,” said Moonves.  “It is one of the proudest partnerships of my professional life. We’ve enjoyed amazing success together, both here and at Warner Bros., and it’s been a privilege to watch her talents and accomplishments grow. Nina is a creative executive with the instincts of an artist, so it came as no surprise that she would eventually want to express those talents beyond television. All of us here are grateful and proud of CBS’s success with Nina leading our entertainment programming, and we will be the biggest fans for all her future endeavors.

Glenn Geller is an accomplished programming executive who has been a major part of CBS’s success since 2001. When Nina told me her plans, we both knew we had an obvious successor in our own ranks. Glenn brings outstanding skills to all parts of the creative and production process, and he has led large programming teams both at the Network and Studio that oversee our biggest franchises and hit programs. He’s worked under the best with Nina and David Stapf, and is very ready to assume this larger role.”

“CBS is a special place. For the past 18 years, I’ve been blessed to be part of an amazing team that has lifted this Network to an enviable run of success. It all starts at the top with Leslie, my boss, mentor and friend for two and a half decades, and a leader who inspires excellence in every part of the creative and business process. I owe a tremendous debt of gratitude to Leslie, my colleagues at CBS and all the actors, producers and writers who were part of this incredible journey. I will always love this place, yet it is time for my next chapter, and I’m thrilled that I can pursue my other creative interests while still being part of the Company. I pass the baton to Glenn with great confidence and pride. He is an outstanding leader with great respect for the artistic process and a clear vision for programming success.”