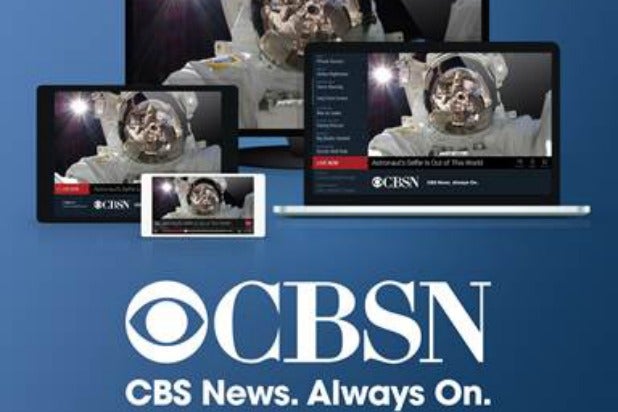 Living up to their slogan, “Always on,” CBS News and CBS Interactive launched the first digital streaming news network that will broadcast over the Internet around the clock. Viewers will be able to watch live, anchored news coverage on their connected TV and other devices.

“CBSN is an important example of how CBS is able to leverage the unique strengths, talent and competitive advantages of its businesses to create exciting, highly competitive new services that meet evolving audience preferences for content consumption,” said CBS President and CEO Leslie Moonves. “There’s a tremendous opportunity on these platforms for a true round-the-clock newscast. We’re confident this service will appeal to both traditional news consumers and a whole new set of viewers.”

CBSN will be available on CBSNews.com as well as the eye network’s mobile site. Amazon Fire, Roku and other streaming players will also host the new news channel as well as the newly launched CBS News app for Windows 8/8.1 and Windows Phone 8/8.1.

At the initial launch, the network will feature a 60-minute format and delivering live, updated news content from 9:00 AM – midnight ET every weekday. The channel takes advantage of the interactivity of digital platforms through a unique video player and on-screen interface which allows viewers to watch previous segments and jump back into live programming.

CBSN will be an ad-supported network across all platforms. Inaugural sponsors include Microsoft and Amazon. Other advertisers will also run in the service on all devices.

The network will be led by both veteran and new CBS News correspondents, including Jeff Glor, Elaine Quijano, Michelle Miller, Don Dahler and Vladimir Duthiers.

The news stream is now available for viewing at http://cbsn.cbsnews.com