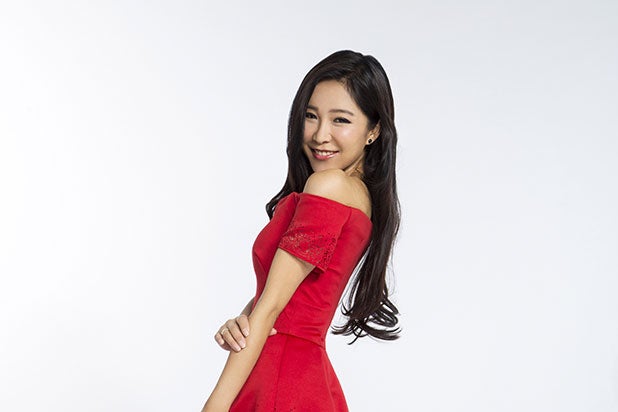 China Movie Channel CCTV6 will debut “Talking to Hollywood with Betty Zhou,” the first and only television show offering inside access to Hollywood films and stars exclusively for the Chinese audiences, the network announced Wednesday.

Zhou has been a star on the rise in China, known for delivering reliable, entertaining and inside coverage of American movies and sports. Every Friday, the show will feature exclusive content and interviews with Hollywood talent.

She will also engage in various activities, such as drift car races with Tom Cruise, touring the Pixar animation studios, and meeting Marvel’s newest superhero, Ant-Man.

Zhou, a native of China, began her acting career in Singapore in 2007, and had a supporting role in the Universal film, “The Man With the Iron Fists,” directed by RZA and starring Russell Crowe, and Lucy Liu.

She then returned to China, where she began to work on a bilingual on-air host for the NBA, and she also served as the live host for the “Transformers: Age of Extinction” Chinese movie premiere.

“‘Talking to Hollywood with Betty Zhou’ is unlike any show in China,”said Zhou. “I am thrilled to be bringing a bit of Hollywood glamour to Chinese audiences.”

The show will premiere May 29.