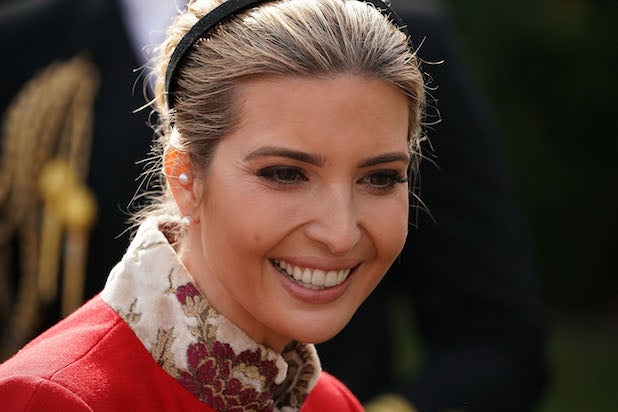 WASHINGTON, DC - NOVEMBER 21: Ivanka Trump, daughter and advisor to U.S. President Donald Trump, attends the ceremony to pardon the National Thanksgiving Turkey in the Rose Garden at the White House November 21, 2017 in Washington, DC. Following the presidential pardon, 'Drumstick,' the 40-pound White Holland breed which was raised by Turkey Federation Chairman Carl Wittenburg in Minnesota, will then reside at his new home, 'Gobbler's Rest,' at Virginia Tech. (Photo by Chip Somodevilla/Getty Images)

Just like most everyone else, Ivanka Trump follows some of her favorite celebrities on Instagram. Now, those very stars followed by the first daughter — including Cara Delevingne, Olivia Wilde and Sophia Bush — are using their platform to send her a message.

Sophia Amoruso, the founder of clothing store Nasty Gal and the author of “#GirlBoss,” started it off with a message urging the First Daughter to use her “influence” to advocate for a CLEAN Dream Act by December.

President Donald Trump announced in September that his administration is ending the Obama-era DACA program, which protects young undocumented immigrants. The CLEAN Dream Act is a bipartisan effort to maintain protections for Dreamers — those currently enrolled in DACA.

“Dear Ivanka,” the message begins. “I see you’re following me on Instagram. This Thanksgiving I would be grateful if you use the influence you have to advocate for a CLEAN Dream Act by December.”

“Every day that passes without a clean Dream Act means anxiety and deportation for immigrant youth. 7,901 youth have already lost DACA and 122 more will lose it each day,” the pose continues. “Thank you and Happy Holidays.”

As of this posting, Ivanka Trump hasn’t addressed the message.