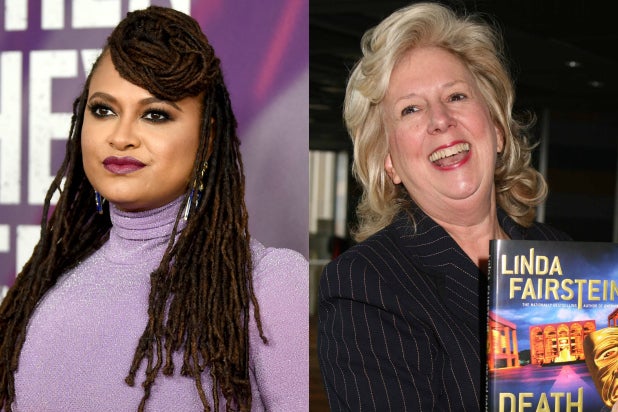 Former New York City prosecutor Linda Fairstein, who oversaw the investigation and wrongful conviction of the Central Park Five, said on Monday that filmmaker Ava DuVernay’s Netflix series about the ordeal is “so full of distortions and falsehoods as to be an outright fabrication.”

DuVernay’s “When They See Us,” which premiered May 31, depicts the events leading to the arrest and wrongful convictions of Korey Wise, Antron McCray, Yusef Salaam, Kevin Richardson and Raymond Santana for the rape of a woman in central park. Fairstein, portrayed by Felicity Huffman in the series, has been subject to intense criticism and professional backlash since the series premiered. Most recently, she was dropped by her publisher, Dutton.

In an op-ed published by the Wall Street Journal, Fairstein says the miniseries “wrongly portrays them as totally innocent,” and that it defamed her. “The facts of the original case are documented in a 117-page decision by New York State Supreme Court Justice Thomas Galligan, in sworn testimony given in two trials and affirmed by two appellate courts, and in sworn depositions of more than 95 witnesses — including the five themselves,” she writes.

DuVernay, Fairstein continued, wrote “an utterly false narrative involving an evil mastermind (me) and the falsely accused (the five).”

Fairstein took issue with what she said was the miniseries’ portrayal of her as “an overzealous prosecutor and a bigot,” NYPD detectives “as incompetent or worse,” and the Central Park Five “as innocent of all charges against them.” She also said some of the events depicted, including suspects held without food, prevented from using the restroom, and being “deprived of their parents’ company and advice” were among the show’s “most egregious falsehoods.” Fairstein also criticized the show’s timeline, and the accuracy of certain events.

Wise, McCray, Salaam, Richardson and Santana were exonerated in 2001 when Matias Reyes, a convicted murderer and serial rapist whose DNA was found at the scene of the crime, confessed to committing the rape alone. Their convictions were vacated in 2002. But Fairstein asserted in her op-ed that the cases against them were supported by other evidence.

“Mr. Reyes’s confession changed none of this. He admitted being the man whose DNA had been left in the jogger’s body and on her clothing, but the two juries that heard those facts knew the main assailant in the rape had not been caught,” Fairstein writes. “The five were charged as accomplices, as persons ‘acting in concert’ with each other and with the then-unknown man who raped the jogger, not as those who actually performed the act.”

Fairstein said also that Reyes’ confession and the DNA match “required that the rape charges against the five be vacated,” a result she says she agrees with. But, she continued, “there was certainly more than enough evidence to support those convictions of first-degree assault, robbery, riot and other charges.”

On Sunday, the producers of “When They See Us” said at the Produced By conference that they had attempted to involve Fairstein in the show, but that Fairstein “didn’t want us talking to the five men if we were talking to her.” Fairstein did not address that statement in her op-ed.