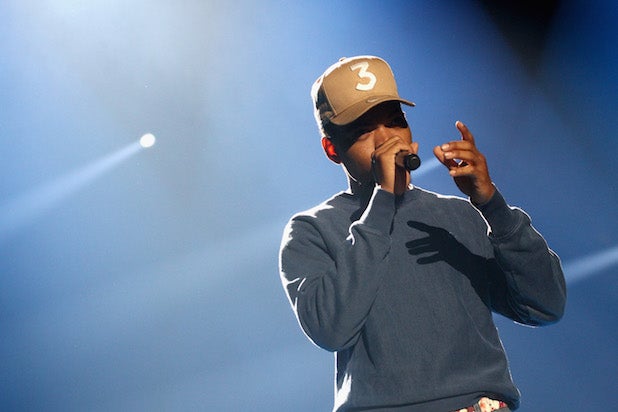 MGM announced on Tuesday that it has acquired the rights to develop a movie musical called “Hope” with musician and actor Chance the Rapper.

Told through original music to be created by Grammy-winning songwriter and producer Nico Segal and his collaborators, “Hope” will follow a group of Chicago teenagers that band together to turn art into action within their community.

Chance, a three time Grammy-winning hip-hop artist and producer has also made a name for himself as a prominent social activist, especially in his home city of Chicago, launching #SaveChicago with his father to combat gun violence; donating $1 million to local schools; and creating Social Works, an organization aimed at empowering youth through arts, education and civic engagement within the city.

“Chance and Nico are undoubtedly two of the most influential and innovative artists of their generation,” said MGM Motion Pictures President Jonathan Glickman in a statement. “We feel thrilled, privileged, and eager to be collaborating with them on such a unique project.”

Ash Sarohia will oversee the project for Tradecraft and Mike Kadziulis, M.E. Barker and Scott Schwartz will oversee for Haight Films. Glickman and Adam Rosenberg, MGM’s Co-President of Production, are overseeing the project on behalf of the studio.

The deal was brokered by UTA and Eric Sherman at Ziffren.

“From day one, our mission at Haight Films’ has been to apply Haight Brand’s artist-first and Chicago-proud ideology to the film space,” Corcoran said in a statement. “We are incredibly excited to be working alongside Chance, MGM and Scott Bernstein to bring this vision to life.”

Earlier this year, Chance starred in his debut feature film “Slice,” a whodunit horror-comedy in a world where humans, ghosts, ghouls, witches and werewolves live side-by-side, for A24

Chance is repped by CAA.

Also Read: 'Slice' Is a 'Drunkenly Scribbled' Horror Comedy About Prejudice, and Gentrification

MGM is releasing its much-anticipated “Creed” sequel starring Michael B. Jordan and Oscar-nominee Sylvester Stallone on Nov. 21. The studio also has coming up “Fighting with My Family,” a comedy-drama written and directed by Stephen Merchant and starring Florence Pugh, Lena Headey, Nick Frost, Vince Vaughn and Dwayne Johnson.