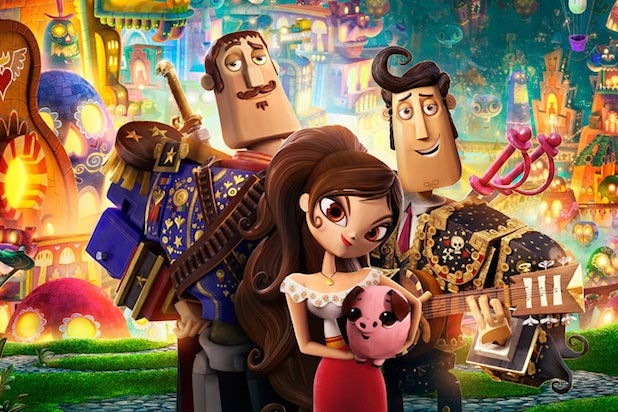 20th Century Fox has released the first trailer for Reel FX’s animated movie “The Book of Life,” which boasts Guillermo del Toro as a producer.

Formerly known as “Day of the Dead,” the film features the voices of Channing Tatum, Zoe Saldana and Diego Luna, as well as Placido Domingo and Ice Cube.

Luna plays Manolo, a young man who’s torn between fulfilling the expectations of his family and following his heart. He embarks on an incredible adventure that spans three fantastical worlds where he must face his greatest fears, all while gods wager on the outcome.

Jorge R. Gutierrez directed “The Book Of Life.” The movie hits theaters on Oct. 17 — just in time for Halloween.

Watch the trailer below to see the colorful worlds that Gutierrez and del Toro have created.