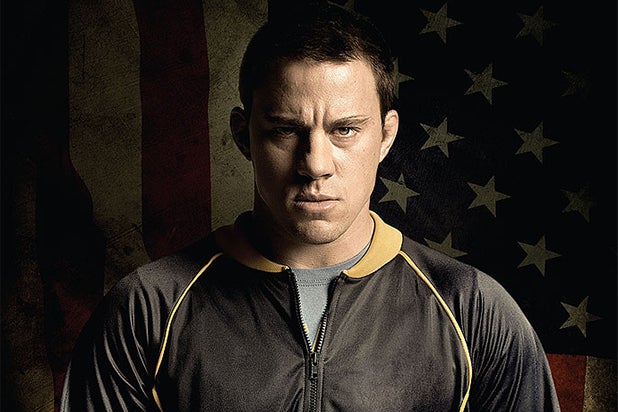 Steve Carell goes nearly unrecognizable to play a disturbed millionaire in Bennett Miller‘s “Foxcatcher,” but it’s Channing Tatum who gets the spotlight on the first poster released from the drama, which its makers are hoping will be an Oscar contender.

Tatum plays wrestler Mark Schultz, an Olympic gold medalist, who in the 1990s had the misfortune of crossing paths with millionaire John Eleuthère du Pont, played by Carell. The paranoid schizophrenic was also a big wrestling fan, and offered Mark and his brother Dave Schultz (Mark Ruffalo) the opportunity to train at his state-of-the-art facilities.

On January 26, 1996, du Pont shot and killed Dave Schultz in his driveway. Mark went on to compete in UFC 9 and won four months later.

“Foxcatcher” premiered in competition at the Cannes Film Festival in May, where it won Best Director, and will be released stateside on November 14. See the first poster below.