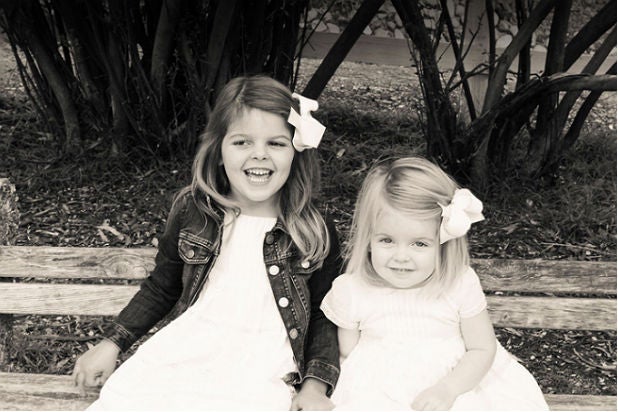 Producer Gordon Gray is facing a battle that greatly outweighs any onscreen drama in his string of hit sports films such as “Million Dollar Arm,” “Invincible” and “The Rookie.”

Gray and his wife, Kristen Kaiser Gray, have launched a social media campaign that has already gotten the support of many powerful figures in Hollywood to find a cure for their daughters, Charlotte, 4, and Gwenyth, 3, who have both been diagnosed with a rare terminal illness called Batten Disease.

“The Charlotte and Gwenyth Gray Foundation to Cure Batten Disease” aims to raise an estimated $10 million to fund a clinical trial imperative to saving their daughters and other children battling the extremely uncommon degenerative, inherited brain disorder.

In a unique Facebook push, they are challenging everyone to give $1 to the charitable fund with the aim of encouraging hundreds of millions of people to help raise awareness.

Many of Gray’s colleagues across from the film industry and the sports world have already pledged their support — and much larger donations — by spreading the news across social media.

According to the National Institute of Neurological Disorders and Stroke, four children out of every 100,000 are diagnosed with Batten Disease. Symptoms leave children blind, cognitively impaired, immobile and ultimately result in death between the ages of 6 to 12.

“You’re looking at your very healthy vibrant children, who are loving life right now, who could potentially lose all of that joy in a very short time,” Kristen said in the video released to raise awareness about Batten disease.

“We have a very short window to try and save them,” she continued. “All I ever wanted to do was be a mom and to think that that could be taken away from me with both my children … is devastating.”

There is currently no treatment that will prevent the girls from getting sick.

To support the campaign on social media, the Grays recommend the following options:

Watch the video from Gordon and Kristen.